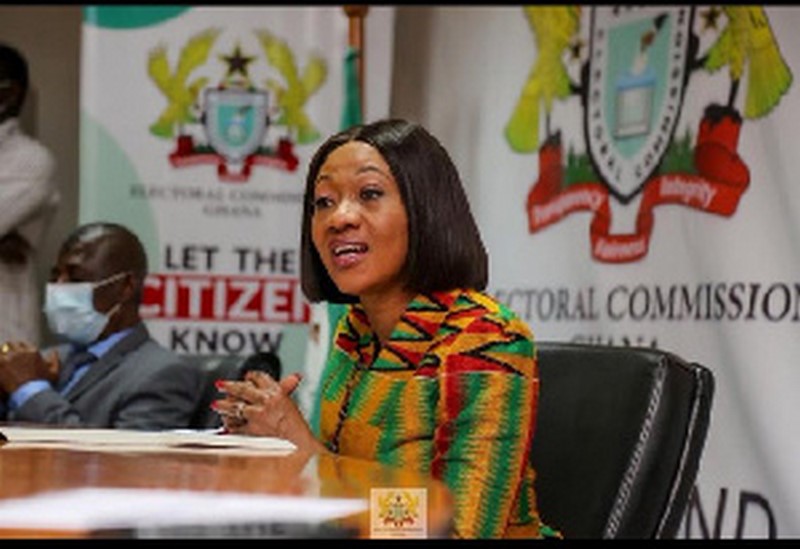 Chair of the Electoral Commission (EC), Jean Mensa, has touted huge financial savings made by the election management body after the last polls in December 2020.

Speaking at an Inter-Party Advisory Committee (IPAC) Election 2020 Review workshop on Tuesday, May 18, 2021, Mrs Mensa said the over GHÂ¢500 million savings that have been made is a worthy achievement.

â€œWe need to highlight the fact that as a nation we succeeded in saving our dear country a whopping sum of $90 million, that is GHS522 million, at a time when the cost of elections keep increasing; and mind you these savings were achieved in spite of additional cost associated with the COVID-19 â€“ and here I am referring to the procurement of PPEs materials and the airlifting of our offshore items which came at a huge cost,â€ she said.

Mrs Mensa also revealed that the Commission made these savings after paying full taxes to the state, unlike in 2016.

â€œAgain, we made these savings in spite of the fact that the polling stations were increased by 10,000 and an additional 88,622 temporary workers were acquired compared to 2016,â€ she said.

These revelations will come as a surprise to many because in the lead up to the 2020 elections, the Commission came under fire for deciding to acquire a new voting system.Â

Think tank, IMANI Africa, said at the time that the exercise was wasteful and called on all and sundry to join CSOs in the fight to prevent the EC to acquire the new system.

Vice President of the think tank, Bright Simons, said that questionable cost figures that the EC released for the new system were worrying. He said the figures had been bloated.

The EC justified its intention to acquire the new system and went ahead to acquire it on grounds that the current system â€“ both the hardware and software components â€“ are obsolete and inefficient.

Touching on security at the last election, Jean Mensa, said at the workshop on Tuesday that the EC cannot take the blame for the violence and related deaths that characterised the December 7, 2020 polls.

â€œI use this occasion to clarify that the Electoral Commission is not responsible for election security. The entire electoral process and its success rest on our shoulders, but our mandate as enshrined in the Constitution does not include security,â€ she said.

She added: â€œWe collaborate and partner with our security agencies in their quest to carry out their responsibility of ensuring peace, law, and order at all centres throughout the country.â€