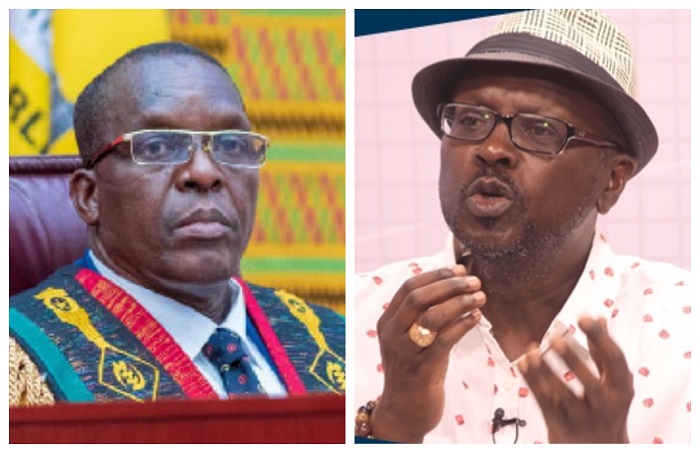 One of the campaigners for parliamentary representation for residents of Santrokofi, Akpafu, Lolobi and Likpe (SALL) all in the Oti Region has said only the court can resolve the matter.

Prof Stephen Kwaku Asare, aka Prof Azar, a legal practitioner has said an invitation by Speaker of Parliament, Alban Bagbin, for a petition to be brought to the House is misplaced.

Mr Bagbin urged the four communities to petition the House over the matter, promising to provide guidance on how known facts about the matter can be amplified.

He wants a formal petition that invokes the jurisdiction of Parliament to probe circumstances that have led to their non-presentation in the Legislature.

According to reports, the Speaker made the appeal to a delegation of SALL residents recently.

â€œI think it is the wrong forum. The proper forum is the court,â€ Prof Azar said in a brief response to a story published by Primenewsghana about the Speaker's appeal.

The people of the four communities voted to elect a President in the 2020 elections, but they could not vote for a Member of Parliament.

The Electoral Commission (EC) in a statement released on the eve of the December 7 elections directed that SALL residents who fall within the Guan District could not vote in the parliamentary elections because the constituency that should have been created for them has not been done.

The EC had planned to create the Guan Constituency but that could not happen.

The situation has been described as a gross indictment of Ghanaâ€™s democracy.