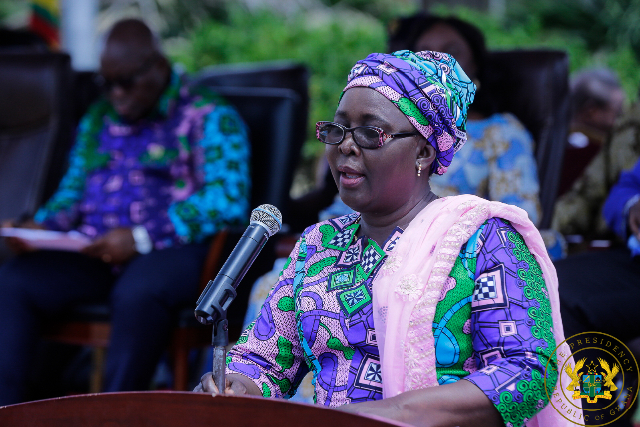 The Minister for Local Government, Hajia Alima Mahama says rivers polluted by galamsey activities cannot be made clean within a year.

She said with the level of pollution seen in some water bodies, it will take more than a year to make them clean and safe for use.

Speaking on the floor of Parliament during a debate on the disturbing issue of the resurgence of illegal small-scale mining in various communities across the country, Hajia Alima Mahama, who is a member of the Inter-Ministerial Taskforce on Illegal Mining said the issue of galamsey must be depoliticized.

â€œThe degradation that we are witnessing in our communities, letâ€™s not politicize it. I will entreat you to work with the government for us to ensure that we clear the water and have clean drinking water. This is not something that will be achieved in a day, it is not going to be achieved in a year. In fact, after World War II, Germany took 30 years to clear their waters,â€ she said.

The Minister added that the government is committed to dealing with the problem but the public needs to demonstrate a commitment to protecting the environment.

â€œIt is a commitment and a message we are sending out to the public that what we are doing with our environment is wrong and so we must work on it and focus on it and that is exactly the direction the president has given and that is what we are committed to,â€ she added.

Senior Vice President for IMANI Africa Kofi Bentil said issues emerging from the galamsey fight and its negative impact on the environment has revealed how worse we are running the country.

According to him, these are things we do and in the long end affect our health leading to the death of many.

Speaking on Joy FM on Saturday in reaction to what looks like a lost fight against galamsey and the issue of some missing excavators, Kofi Bentil said he supports Ghana Water Company's decision to shut down some of their plants due to the operations of galamsey.

"I worry that it is true and the evidence that has come up since last two weeks, galamsey reveals what is worse about the way we run this country. We do things that are killing us, Ghana Water Company is shutting down plants and by the way, I support them on that.."

Sharing his views on the way forward, Kofi Bentil said when the issues of galamsey start to affect the citizens they may revolt.

"I think we have to get to the point where galamsey starts biting ordinary people directing then we will have a mass revolt, it shouldn't be so no government wants to have that arrangement but if you have situation where people in a certain locality cannot get water they will charge and start taking the law into their own hands and driving out these galamsey people but must it come to that? no. But if you get to a point where there is nothing else you can do........"