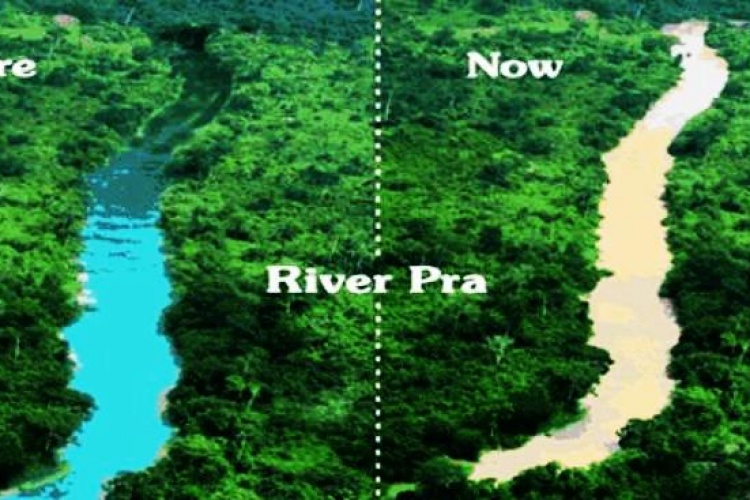 Mr Ofosu indicated that Ghana could have succeeded in the fight against galamsey if politcal interest was put aside and there was a collaboration to achieve the common goal which is to control of illegal mining in the country.Â

His comments follow the contamination of the peak at which water bodies such as the River Offin, Pra and others have been polluted as a result of illegal mining activities.Â  Â

Â Commenting on the development on Starr FM, Mr Ofosu said : ''First of all, we saw a government that came with an interest to stop galamsey, we saw several measures put in place for me the impression is that if we really want to deal with this galamsey issue we can. With that we got complacent and we allowed political interest to set in and we forgot that this is an issue of water and human right and that we needed to put political interest aside and work together to achieve a common goal''.

Galamseyers over the years depleted Ghana's forest cover. Their activities polluted water bodies due to the crude and unregulated nature of the mining process.

Due to their activities, the President placed a ban on galamsey in 2016. The President Akufo-Addo in 2017 set up Operation Vanguard which is a Military Police Joint Task Force to combat the operation of galamsey in Ghana.Â

River bodies in the area were restored to their natural state when the ban was placed on illegal mining and all forms of small scale mining activities.

READ ALSO:Our fight against illegal mining is having an impact on climate change - Prez. Akufo-Addo

But shortly after the ban was lifted, some water bodies started changing colour.

However, theÂ opposition National Democratic Congress (NDC) has indicated that it will petition the United Nation to revoke the appointment of President Akufo-Addo as Co-Chair of the SDG Advocates.

According to the NDC, Akufo-Addo has failed to show a genuine commitment to the fight against illegal mining and the protection of the environment in his own country.

The NDC noted that Akufo-Addoâ€™s continuous role as the Co-Chair of the SDG Advocates is an afront to SDG 6, 13, 14 and 15 which all talk about clean water, sanitation, climate action, conservation and sustainability of the land, water and marine resources.