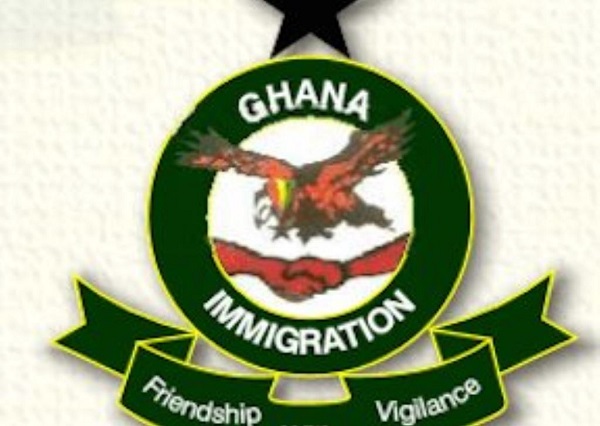 The Ghana Immigration Service (GIS) has announced the interdiction of five officers for allegedly helping foreigners to enter the country.

The officers were stationed at the Aflao Sector Command in the Volta Region and allegedly helped the foreigners to enter the country through unapproved routes.

Portions of the statement read: This is to inform you that the above named officers have been interdicted with immediate effect. It is consequent to their alleged involvement in the facilitation of illegal entries of foreign nationals through unapproved routes in the Aflao Sector Command, acts which constitute offences Section 52(1) of the Ghana Immigration Act, 2000 (Act 573). 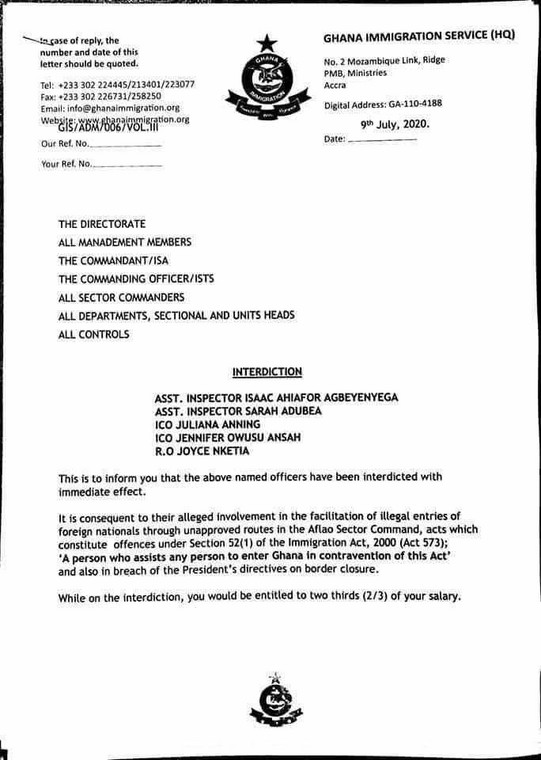 It further stated that their actions are in breach of President Akufo-Addo’s directives on border closure to curb cross border spread of Covid-19.

Ghana's borders have remained closed for over two months since COVID-19 surfaced.

Some people have still tried to enter the country illegally but the Immigration Service have dealt with them accordingly.