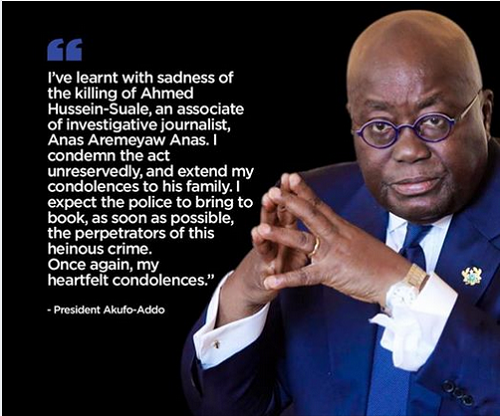 Ahmed was allegedly shot dead in Madina on Wednesday night by two gunmen on a motorbike who shot into the car he was driving.

The President in a Facebook post on Thursday extended his condolence to the family of the deceased and called on the police to bring the perpetrators to book.

“I’ve learnt with sadness of the killing of Ahmed Hussein-Suale, an associate of investigative journalist, Anas Aremeyaw Anas. I condemn the act unreservedly, and extend my condolences to his family. I expect the police to bring to book, as soon as possible, the perpetrators of this heinous crime. Once again, my heartfelt condolences,” he said. 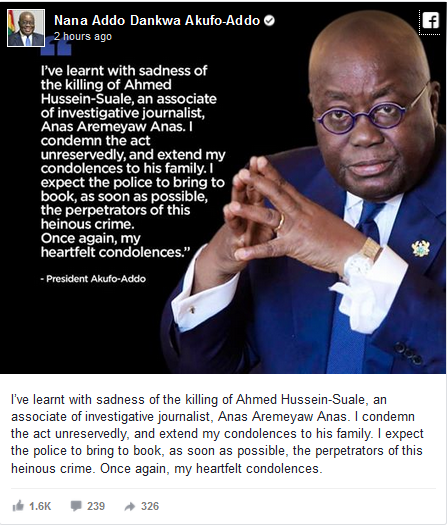 Lawyer for Tiger Eye PI Mr Kissi Agyabeng has called on the police to invite and investigate Member of Parliament for Assin Central, Kennedy Agyapong over the murder.

Meanwhile, Mr Agyapong says he is open to police investigations because he has no hand in the killing of Ahmed.

Read also: Journalist killing: I haven't been invited by the Police - Kennedy Agyapong