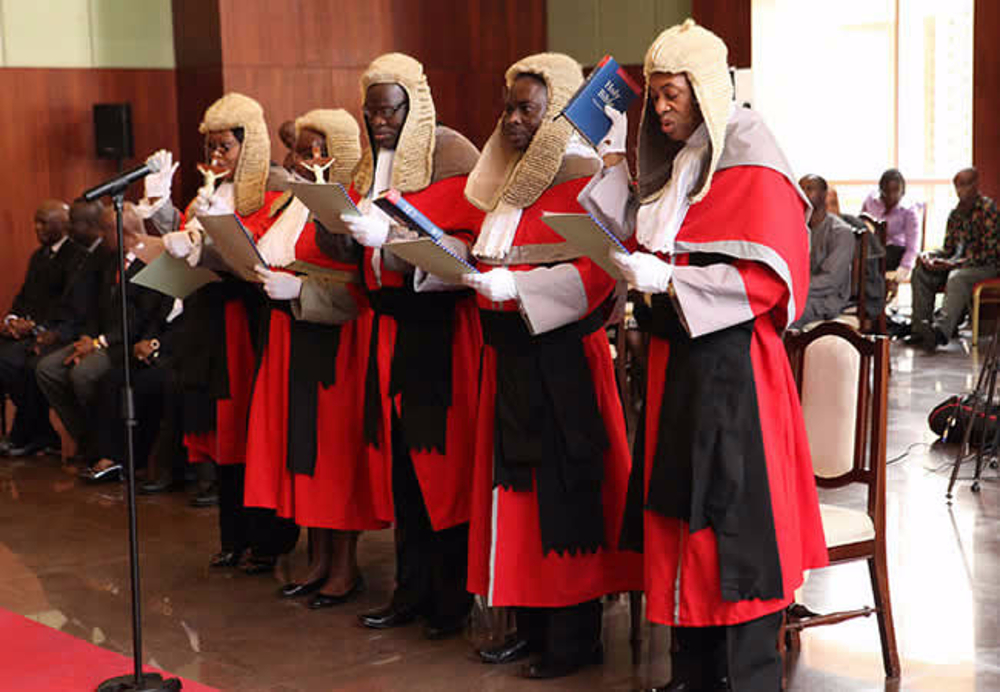 The incoming Chief Justice of the Republic of Ghana, Justice Anin-Yeboah has stated that he will not stop the long-standing tradition of judges and lawyers wearing robe and wig for court attendance.

He stated during his vetting at Parliament, that wearing of wig and gown is a long-standing tradition for legal practitioners.

Justice Anin-Yeboah's statement was a response to a question from the Member of Parliament for Wa West, Joseph Yieleh Chireh on whether he will change the practice of legal practitioners wearing wigs, gowns, and suits.

A cross-section of the Ghanaian public has criticised the judiciaryâ€™s way of dressing with many describing it as the remnant of our colonialism.

Opponents of the way of dressing have asked for the practice to be done away with, while others are of the view that the uniform is not favourable for tropical weather conditions.

But reacting to all these criticisms, Justice Anin-Yeboah said,Â â€œThatâ€™s our uniform; Iâ€™m all out for the tradition of the bar. I will not change it."

Earlier this month, a Supreme Court judge, Justice Gertrude Torkornoo backed calls for reforms in the dress code of the judiciary to reflect values and conditions in the country.

Answering a question regarding the weather conditions in the country and doing away with colonial relics, she told Parliamentâ€™s Appointment Committee prior to her approval as a Supreme Court judge that she thought practitioners would look good in local fabrics.

Former British colonies including Ghana, Kenya, and Zimbabwe continue to abide by the UK legal system which requires the wearing of wigs and robes for judges and lawyers.

Malawi, another former colony in November this year, had their constitutional court suspend the wearing of traditional white wigs and black robes in the courtroom as temperature levels in the country kept soaring.