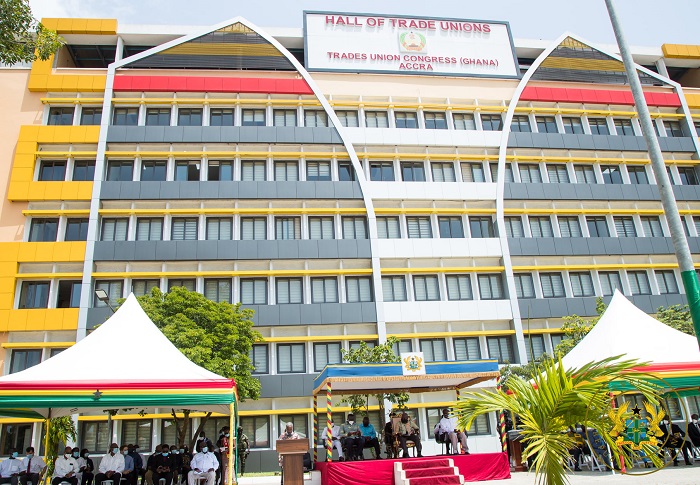 The Trade Union Congress, TUC is demanding that government extends the neutrality allowance to other public sector workers who are not part of the Civil and Local Government Staff Association, Ghana (CLOGSAG).

Director of Labour Research and Policy at TUC Dr Kwabena Nyarko Otoo said "It is important that those whose rights have been suspended and who are being compensated with the neutrality allowance we make it comprehensive.

"And I have a list, the EC they are not supposed to do politics our members are there, the National Media Commission, NCCE, in fact, I have about 36 of such institutions in the public sector."

But IDEG has described the allowance as unethical and corrupting.

The strike by members of the Civil and Local Government Staff Association, Ghana (CLOGSAG), in demand for the payment of their neutrality allowances continues this week.

CLOGSAG laid down their tools on Thursday April 21, 2022, following the inability of government to pay the allowance as agreed upon in January this year.

Most government agencies and departments were affected last week by the strike.

The association has already given indication that they will call off the strike on condition that government makes a commitment to pay them the allowances due them.

“It was noted that the Neutrality Allowance has not been effected as agreed, in spite of official reminders and follow-ups to the Ministry of Finance and Economic Planning,” CLOGSAG noted in a statement last week.

The neutrality allowance is to ensure that civil and local government workers do not engage in partisanship while conducting their affairs when they are in their various offices. It is paid to them to ensure that they discharge their duties professionally without getting involved in partisan activities.