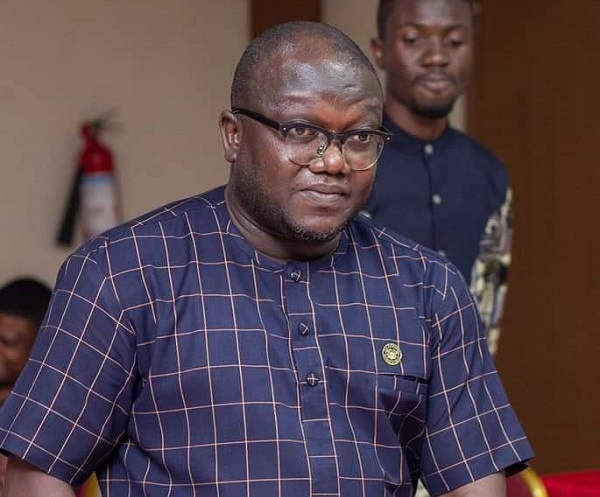 Nii Lante Vanduye has accused operatives of the National Security Secretariat of brutalising him.

However, Mr Bannerman who will come up against him in the December polls is alleging that he was beaten by former members of the NDC and have scores to settle with him.

"From what I gather, there are these boys who have converted from the NDC to the NPP and I think they have scores to scores to settle with the MP and that I won't condone. I have told them that if they have issues with him they should find ways of settling it. He has an MP should also find a way of approaching these guys and settling whatever scores he has with them so that these things won't be happening. This has nothing to do with NDC or NPP people clashing, it is purely an internal thing in the NDC and because of that, the people have switched to the NPP.

He added that these individuals the MP said assaulted him are not from the National Security as alleged.

Police have begun investigations into an alleged assault.

Narrating the incident Nii Lante Vanderpuye said, two operatives accompanied by 10 others attacked him in front of the James Town Police station.

He said he had gone to the police station to secure bail for a journalist who had been arrested while working for him.

Mr Vanderpuye told JoyNews that he had deployed the journalist to take pictures of some projects he had undertaken in his constituency but later learned he had been arrested.

He said upon hearing the news he was troubled so he headed to the police station to intervene.

The legislator claims that upon his arrival at the James Town Police Station, 12 persons from the National Security some of whom had guns by their sides approached him and hit him in the chest.

They asked him to leave the area and proceeded to land slaps and punches on his face.

Mr Vanderpuye said it took the intervention of the police to stop the operatives from further assaulting him.