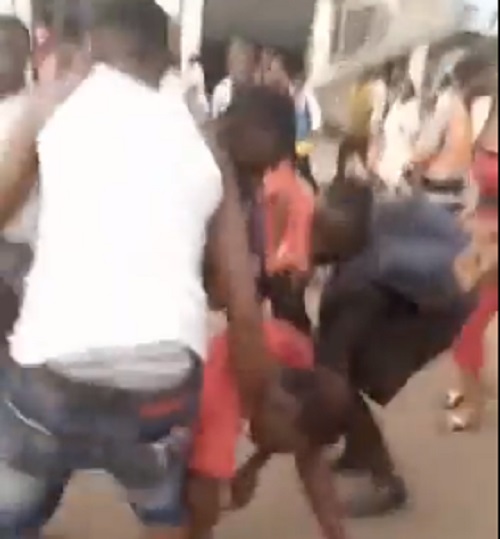 The Ghana Police Service says they have re-arrested one murder suspect who was among those who had escaped from lawful custody in Nkoranza in the Bono East Region.

Also, the Police said, three additional persons have been arrested in connection with disturbances bringing the total number of arrested persons to five.

“Meanwhile, the Police are pursuing the other suspects involved in this dastardly attack on Police facilities to bring them to book and we assure the public that we will get them,” a statement said on Wednesday May 18.

The Police further assured that its officers will remain in Nkoranza in the Bono East Region until calm is totally restored. 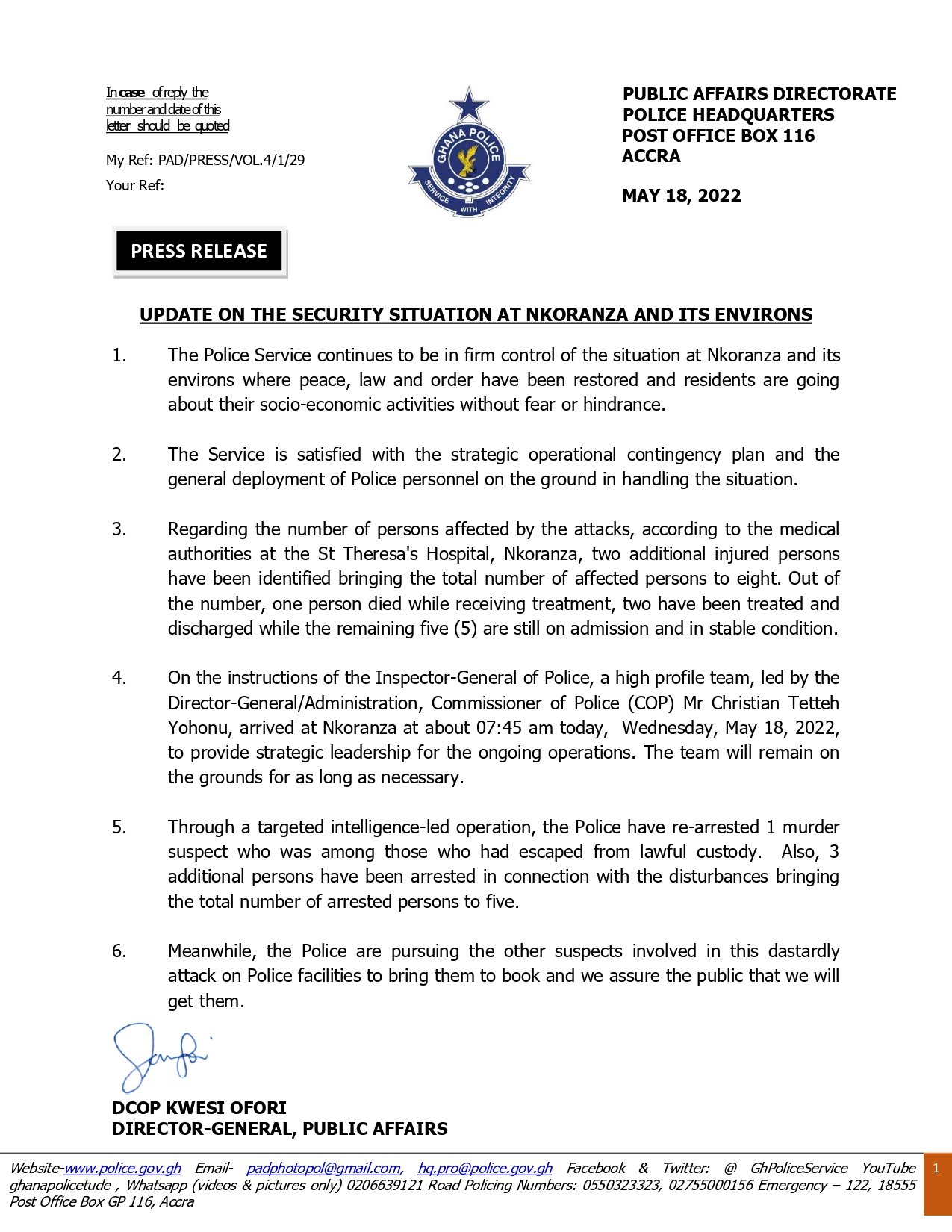 Ghana Police Service in an earlier statement said one person has been confirmed dead and others injured during the Nkroranza youth protest over the death of Albert Donkor.

The police in a statement said they have succeeded in restoring law and order in Nkoranza.

“Police responded appropriately to the situation, including bringing in reinforcement teams from the Regional headquarters and adjoining regions to restore law and order… The situation is under control and police have deployed extensively at Nkoranza and its environs,” the service said in the statement.