One arrested in connection with UG attack 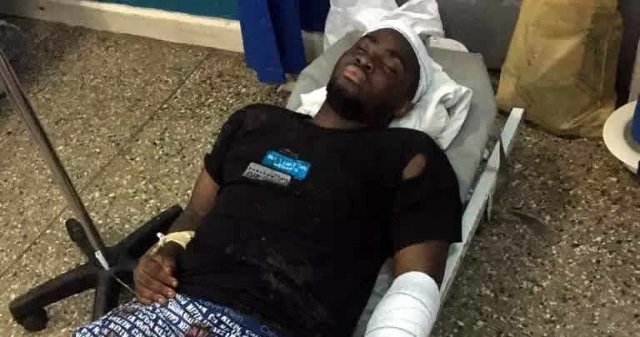 One person has been arrested in connection with the attack on a final year Psychology student of the University of Ghana, Daniel Osei.

Mr Osei was reportedly attacked by persons suspected to be armed robbers. Daniel’s attackers inflicted machete wounds on his head.

Campus-based media outlet, Radio Univers reported that Daniel was attacked on campus along the road between Evandy and Pentagon hostels.

Assistant Commissioner of Police, Kwasi Fori one person has already been picked up.

"The police are taking over investigations and so far one person has been arrested in connection with the matter and through investigations, we will ascertain if we can get other suspects. The University of Ghana has so many entry points and subjects are normally attacked but we the police are determined to unravel this. We are deploying patrol teams to partner the University's internal security so we protect members of the University" he told Joy FM.

Meanwhile, the SRC have released a statement urging students to be calm. It also demanded an immediate fixing of streetlights on the stretch. 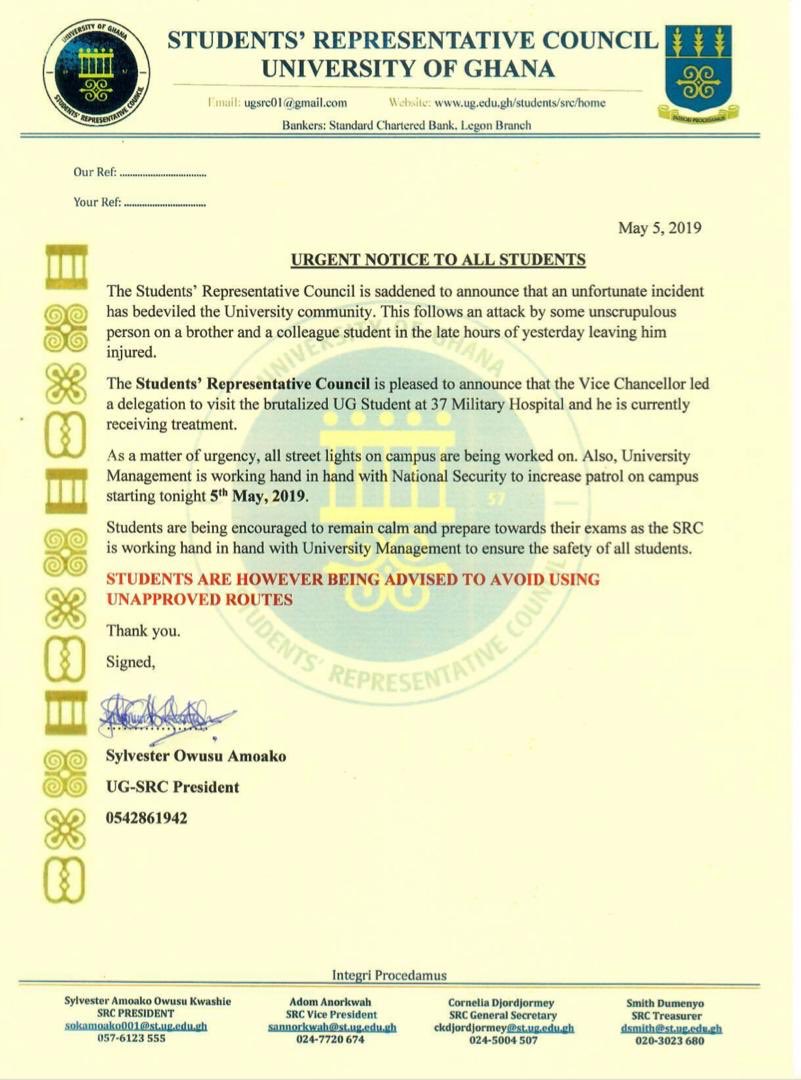