Online portal for Ghana Card shut down by NIA 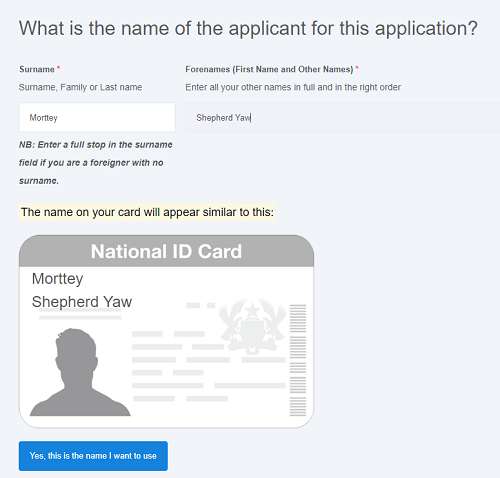 Online portal for Ghana Card shut down by NIA

The online portal for the Ghana Card registration has been shut down by the National Identification Authority (NIA) due to unusual traffic on the site.

This comes on the back of lots of people jumping on the site to pre-register in order to avoid delays and frustrations at the registration centres.

Traffic to the site, which was relatively unknown, suddenly soared after the Chief Executive Officer, Prof. Ken Attafuah, announced the portal as an alternative to staying in queues at registration centres.

“The National Identification Authority wishes to inform the general public that its online portal - https://register.nia.gov.gh - is temporarily unavailable for public usage,” the authority said in a press release issued in Accra yesterday.

Mr Francis Palmdeti, the Head of Corporate Affairs of the NIA, Assistant Commissioner of Immigration (ACI) in an interview with Daily Graphic explained that the site was still being worked on and so could not accommodate the surge in users at a go, hence the decision to shut it down for further work to be done on it.

“The NIA appreciates the interest shown in the use of the online portal as an alternative to filling the registration forms at the registration centres and is working assiduously to restore the service,” he said.

Applicants would still have to go through the interview process at the registration centre and for the registration officers to fill the portions which demanded for codes, he explained further.

Mr Palmdeti explained that some operational and technical components of the portal were not ready yet and would be formally launched at the appropriate time when all was set.

When completed, the portal would pave the way for the setting up of premium registration centres for individuals whose work schedule would not permit them to join queues, he added.

“With the premium centres, the individual will book an appointment for a centre online for the day of the registration at a fee,” he said.

The charges and fees for the patronage of the premium centres were currently before Parliament for approval, he said, adding that “the premium centre will be rolled out in the near future”.

Meanwhile, the NIA has dissociated itself from a purported link which is being circulated on social media to inform the general public “on steps to get your card at the office instantly” and thereby directing people to the said link.

“The authority wishes to disassociate itself from this link and accordingly cautions the general public,” Mr Palmdeti stated.