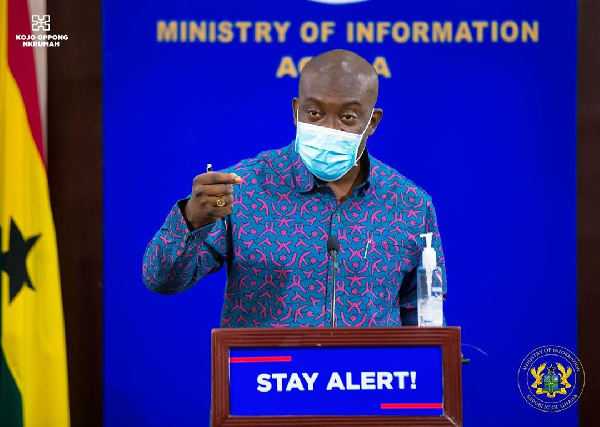 Minister for Information, Kojo Oppong Nkrumah says he tries as much as possible not to read comments about him on social media.

The Minister who was speaking on E Vibes on Joy News says there are so many negative comments on social media and if one pays attention to them it could derail their focus.

He also said he has heard comments from some people branding him a liar but he is not moved by these words because posterity will one day judge him when his tenure in office is done.

Oppong Nkrumah is one of the youngest Ministers Ghana has ever had.

The Minister also doubles as the Member of Parliament for Ofoase-Ayirebi constituency in the Eastern Region.

In 2016 he was called to the Bar as a Barrister and Solicitor of the Supreme Court of Ghana. In that same year, he practised as a lawyer at Kulendi, Attafuah, and Amponsah law firm.