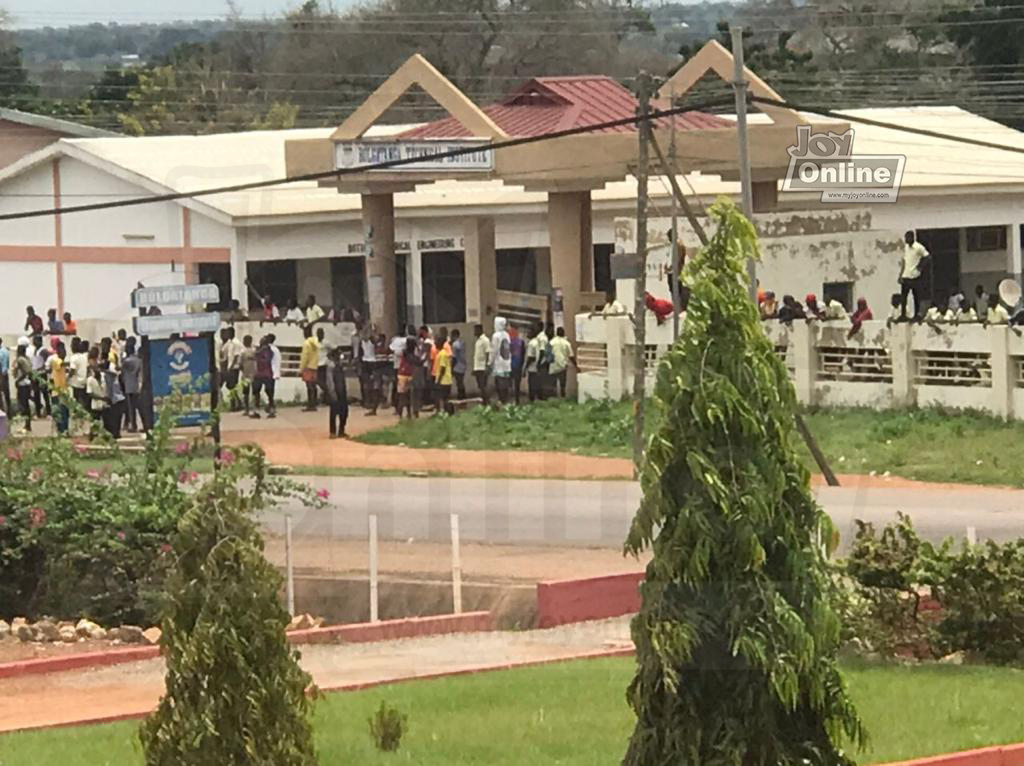 Four students of the Bolgatanga Technical Institute have been arrested following riots at the school on Tuesday.

The four male students were arrested on Tuesday, August 2, 2022, for rioting and alleged possession of leaked examination papers.

According to reports, the suspects are being held in their custody for further investigations and possible prosecution.

It is unclear when the police will commence prosecution.

However, no arrest was made at the Bawku Technical Institute, where students also rioted and destroyed school property.

At BOTECH, the students rioted in demand for the release of a teacher and a National Service personnel who were arrested by the National Intelligence Bureau (NIB) for allegedly leaking an examination paper, while at BAWKU TECH, students rioted because school authorities were strict on them not to engage in examination malpractice.

The Upper East Regional Security Council (REGSEC) led by the Regional Minister, Stephen Yakubu, has shut down both schools upon advice from the Ghana Education Service (GES) and management of the schools.

Mr. Yakubu, directed that all final year students writing the Technical and Vocational Education and Training Examination will only come to school to write their papers and immediately leave back home.

It is however unclear when the two schools will recall their students.