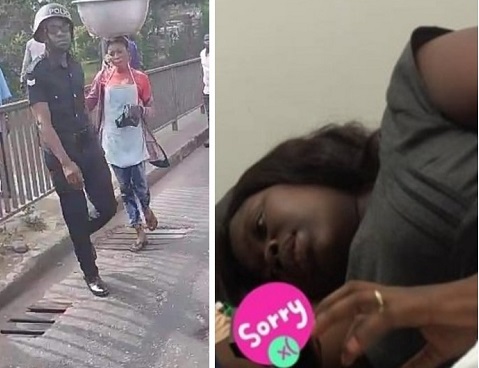 The Police administration says it has commenced investigations into the assault of three Ghanaian Times journalists by some police officers in Accra.

It said the police service is looking into the motor traffic accident allegedly committed by the police officer as well.

Speaking to Citi FM, Director of Public Affairs of the Ghana Police Service ACP David Eklu, said that the issue has come to the attention of the police and they have been working on it since Thursday.

He said his outfit was notified about the incident around 9:00 am on Thursday and he immediately moved in to have first-hand information about the matter.

“We have been working on it since Thursday when it came up…There are two aspects of the case. It was a traffic incident that led to this scuffle so the traffic incident has also been reported at the MTTD at the Ministries Police station so that aspect is also being handled.”

When asked whether the police officer alleged to have assaulted the journalists has been interdicted awaiting a conclusion of the investigations, ACP Eklu said the officer was still at post and had not been arrested yet, noting that a decision on what must be done to the officer will be taken next week.

“The best step is to take a statement from all those who are involved and since they are all known, and their places are known, it is prudent that the first step is to take their statements and if they [the journalists] need medical attention, that will be done… A decision has not been taken on that aspect [interdiction of the officer] yet…I believe by next week we should be able to get to the next step in respect of this investigation,” he said.

Three journalists from the Ghanaian Times newspaper on their way for the day’s assignment on Thursday morning were assaulted by about ten police officers at Kinbu in Accra Central.

The assault followed a traffic offence and an accident involving a police officer who was using an unregistered motorcycle and the official Ghanaian Times vehicle, which was transporting the journalists to their various assignment venues.

The about 10 police officers who were not happy that the journalists had tried to record (video) the accident and the ensuing exchanges between their driver and the police motor rider, pounced on the journalists and physically assaulted them.

Mr. Malik Sullemana, a court reporter, Mrs. Raissa Sambou, a general reporter and Mr. Salifu Abdul Rahman, an assistant editor, felt the full effect of the brute force used by the police officers, leading to two of them being sent to the hospital to receive medical attention.