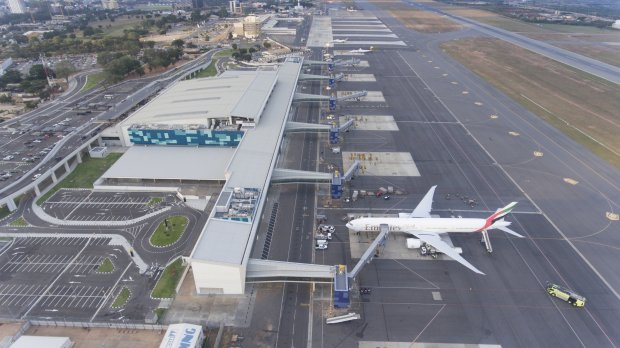 An aviation expert Dr Yakubu Akparibo has outlined a plethora of reasons why the construction of an airport in the Upper East Region is not important for the country as of now.

According to the Aerospace Medicine Physician, this is not needed considering the economic, safety needs and promotion of general aviation factors.

His comment comes after the NDC in its 'People's manifesto' promised to construct an airport in the Upper East Region.

Dr Akparibo says it will rather be more beneficial to invest in a high-speed rail to operate between Bolgatanga and Tamale.

“You can construct an airport anywhere but is there really a need for it? We can have an airport in Ho but we don’t use it the one, there’s one in Wa, few flights started going there but as it is now we don’t even use that.”

“I don’t think that our priorities should be getting airports in these cities, we should rather be thinking of constructing a high-speed rail.”

He says there will not be any economic need for the airport.

“Bolgatanga to Tamale is about 150km. We already have an international airport in Tamale and you want another in Bolgatanga?”

“Is there really an economic need, is there a safety issue with the Tamale airport that you want to explore near towns? If you look at all the factors, I don’t think there is the need to have another airport,” he said on Newsnight on Joy FM, Tuesday.

Flagbearer of the NDC John Mahama, on Monday, during his manifesto reading promised to build an airport in the Upper East region.

“We will construct a domestic airport in the Upper East region. The land was secured when I was President and so we will continue with it”, he said.

The former President also announced that the Kumasi Airport will also be upgraded to receive bigger aircraft.

This promise matches NPP’s own plans to construct an airport in Cape Coast. The NPP during their manifesto launch last month said it was about time the people of Cape Coast have their own airport, a promise that has divided opinion.