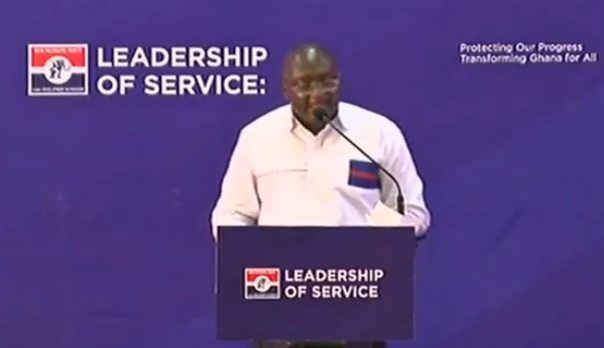 Vice President Dr Mahamudu Bawumia says the New Patriotic Party (NPP) will build an airport and a harbour in Cape Coast in the Central Region.

Dr Bawumia who was speaking at the manifesto launch of the NPP said it is about time the people of Cape Coast get an airport.

He believes this will go a long way to boost economic activities in the region.

Dr Bawumia said Ghanaians should go to the polls and vote for the NPP for another four years because they have a better future for Ghanaians.

"You should vote for President Akufo-Addo and  NPP so we provide leadership of service to deliver on our promises, protect our progress and to transform Ghana for all"

With Harbours, Ghana has two which is the Takoradi Harbour and Tema Harbour.

The Fishing Harbour at Tema is a separate port facility at Tema. It is a commercial and industrial fishing port composed of four main areas, Inner Harbour, Outer Harbour, Canoe Basin and Commercial Area. The harbour handles the catch from commercial deep-sea fishing and canoe fishing.