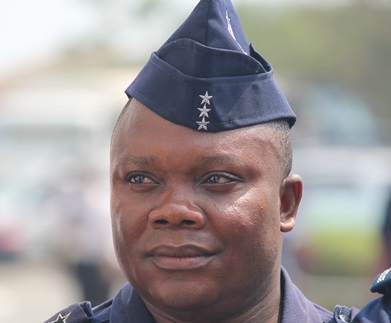 At least six persons were arrested at the Black Star Square for allegedly engaging in theft at the inauguration President Nana Addo Dankwa Akufo-Addo and his Vice, Dr. Mahamudu Bawumia.

Nana Akufo-Addo and his vice, Dr Bawumia were sworn in last Saturday at a ceremony attended by thousands including several heads of states and envoys with 5,000 personnel from the police and the military deployed to maintain law order.

Notwithstanding this heavy security presence, there were some who still thought it prudent to engage in criminal activities.

According to the Director of Public Affairs of the Ghana Police Service, Superintendent Cephas Arthur, ten different cases of theft were recorded at the event.

Speaking in an interview with Citi News, Supt.  Arthur said, “We recorded about 10 cases of petty crimes like pick-pocketing or situations where people’s mobile phones were picked up and other things. And of those cases, we managed to arrest the perpetrators and the perpetrators."

"Out of the 10 petty cases of stealing that we recorded, at the time that I was there, about six of them had been arrested and those people were going to be processed for court,” he added.