Two grabbed over robbery in a Pharmacy Shop 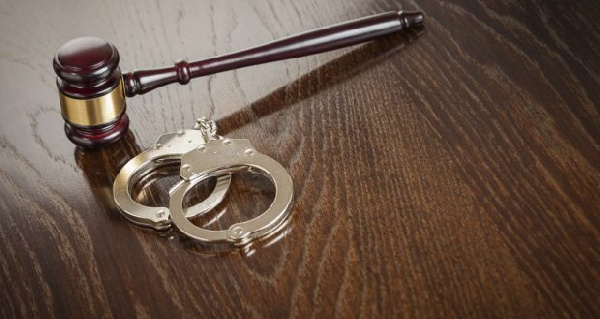 An Accra Circuit Court has remanded into prison custody two accused persons who allegedly robbed a Pharmacy shop at gun at Dansoman.

The accused persons were; Shamsu Alhassan, a trader and Abdul Wahab Yakubu an Okada Rider.

Alhassan had been charged with robbery while Yakubu was facing a charge of possession of narcotics drugs.

They pleaded not guilty before the court presided over by Mr. Emmanuel Essandoh.

The Court declined to admit the accused persons to bail after defense counsel had argued for it.

Mr. Andy Vortia, who represented Yakubu contended that his client had a fixed place of abode and he would not abscond from the jurisdiction.

According to defense counsel, his client had people who would stand as sureties when granted bail adding that he would appear and stand trial.

Prosecuting Chief Inspector Simon Terkpertey said the complainant was a Pharmacy Assistant at Demens Pharmacy Shop at Dansoman Exhibition Roundabout. Alhassan and Yakubu resided at Sahara near Dansoman and Banana Inn all in Accra, respectively.

On August 2, this year, at about 3:15 pm the complainant was in the Pharmacy shop when Alhassan walked into the shop ostensibly to purchase an ointment.

Alhassan then demanded the day’s sales and the complainant who feared for his life, handed over unspecified amount to him.

Alhassan further marched the complainant to the Manager’s office and searched the various drawers and made away with unspecified amount.

Prosecution said Alhassan after obtaining the monies attempted to escape with his unregistered Motorbike but he was nabbed by some witnesses.

Yakubu who attempted to ride away Alhassan’s motorbike was also arrested. When Yakubu was searched, a quantity of dried leaves suspected to Indian hemp and toffees allegedly laced with Indian hemp were retrieved.