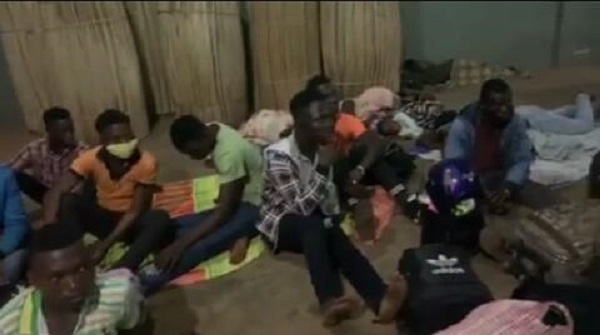 The Volta Region has over the past few months seen attempts by persons to either enter Togo or come into the country illegally.

After arresting some 27 'Okada'riders recently, another 22 persons have been apprehended for attempting to enter Togo illegally.

The 22 were riding on five motorbikes but they were stopped at Ave Hevi, a border town in the Akatsi North District of the Volta Region.

They were arrested on April 14, 2020, and the District Chief Executive of Ave Hevi Sedoke Amuzu explained that the arrested persons were on motorbikes and were trying to enter Togo even though Ghana's borders have been closed.

He added that they were arrested by the District Security taskforce who are enforcing the government's restrictions on movement.

The motorbikes, however, were unregistered and they have been confiscated with the suspects currently detained at the Akatsi South District Police Station.

According to the DCE of the area where the arrest was made, the suspects are going to be sent to the district they claimed they come from and handed over to the Akatsi South Police Command for necessary actions to be carried out on them.

He further revealed that the DCE for the Akatsi South District has been informed duly about the development.

The Ghana Immigration Service has warned that persons caught trying to either enter Ghana or exit the country illegally will be made to face the law.

The Ghana-Togo border is one of the routes that is normally used by persons who want to enter the country and due to that, there has been a tight security presence at the place.