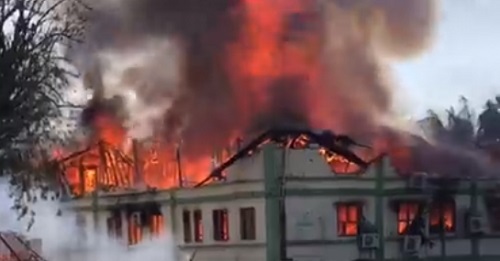 The Lands Commission office in the Western Region was gutted by fire on May 5, 2019.

The building was constructed in 1926. Seth Boakye Owusu who is the acting Western regional director of the Commission told Joy News that their documents have been automatically backed up on the commission’s servers.

“I am 99% sure they can get every official document in there”, he told JoyNews Monday following Sunday’s incident.

Employees of the Lands Commission returned to work on Monday just to see the building completely burnt.

The one story-building housed the office of the Administrator of Stool Lands and below, the Land Valuation office. The cause of the fire is yet to be determined and the regional director has pointed to several factors.

There has been no major renovation of the 99-year old building for a “very long time”. “The wiring since the colonial days is still the same as today,” Seth Owusu described the building’s out-dated systems. 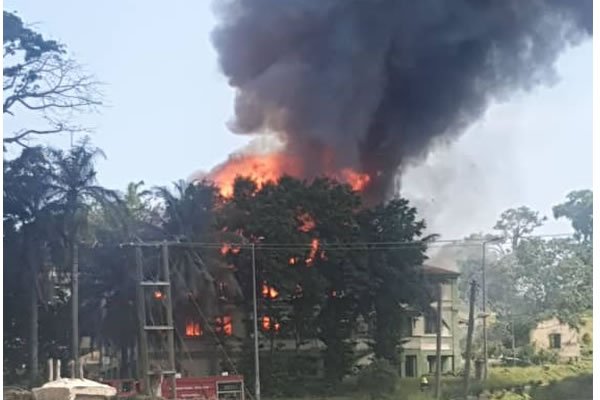 Meanwhile, despite its state, the building had up-to-date air-conditioning, computers, and relevant technological equipment, putting pressure in the power cables.

Some staff, however, say on occasions of power cuts, they could smell burning materials. It was during another of those power-cuts last Sunday that the building ignited, the regional director said.

Check out the latest news in Ghana on primenewsghana.com