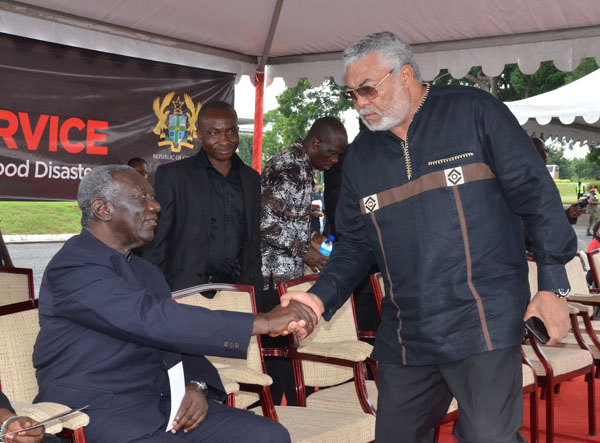 A statement issued by the former President on Friday, 13 November 2020 said: “My wife, Theresa, and I are deeply saddened by the passing of former President Jerry John Rawlings, whose untimely death reported yesterday came as a thunderbolt to us and our children.”

READ ALSO: Jerry Rawlings: Why he divided opinion in Ghana

He noted that: “President Rawlings was the longest-serving head of state since our nation’s independence in 1957. When the time came for him to step down as President on 7 January 2001, he obliged and obviously tried to contain whatever reservations about me and my government that succeeded him and his government, within the bounds of the national constitution of 1992.

"In this regard, whatever doubts persisted about his commitment to democratic rule, became attenuated and earned him a legacy of contributing to the sustenance of democratic governance of our country till his demise.”

The statement continued: “History would give him a balanced place in the annals of our nation.

“We’re left now to mourn him and also express our heartfelt condolences to his widow Mrs. Nana Konadu Agemang-Rawlings, their children, and the larger family.” 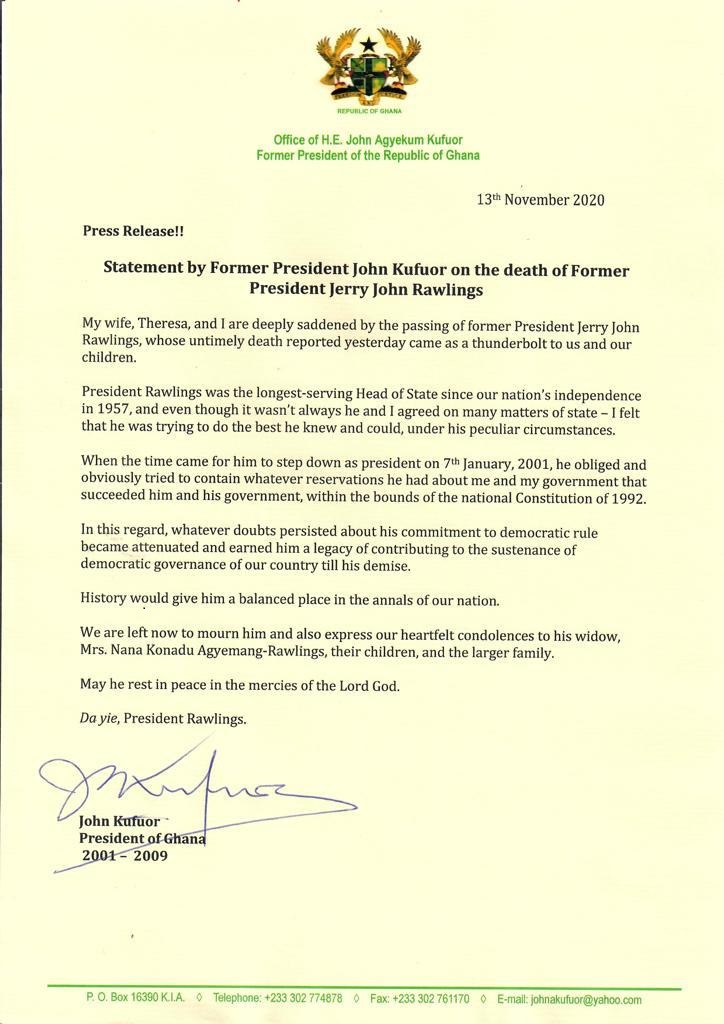