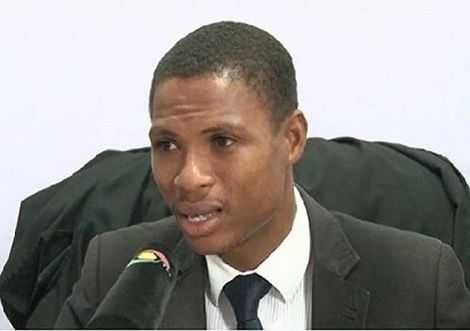 The Member of Parliament-elect for Madina constituency, Francis-Xavier Sosu has warned supporters of the National Democratic Congress (NDC) to protest without any act of vandalism and violence.

NDC and their supporters have rejected the presidential results of the 2020 polls.

They have since resorted to demonstrations and protests, some of which have turned violent.

In one instance near the EC’s headquarters in Accra, they hurled stones and other crude weapons at the police, who were keeping them at bay from invading the premises of the election management body.

READ ALSO: NDC MPs vow to boycott all activities of the EC in parliament

The police had to disperse the crowd with water cannons.

Speaking in an interview with Kwame Appiah Kubi on CTV’s Anopa Dwabre Mu on Tuesday, 22 December 2020, however, Lawyer Sosus said such violent behaviour flies in the face of the same 1992 Constitution, which guarantees their right to march.

“Let me stress that the NDC, as a political party, will not sanction or support any such violence or any illegal means of protesting”, he said.

“it is very clear that the right to demonstrate must be within the limits of the law – Public Order Act – which requires that you notify the police of the protest because the demonstration and the things you are going to destroy may not belong to the Electoral Commission that you are angry with or even your political opponent”.

“It may as well be for NDC people who voted for you or people who just love the NDC”, Mr Sosu noted, stressing: “If you cause problems with your demonstration, that problem does not affect only one person”.

However, NDC MPs have vowed to boycott all activities of the EC in parliament.

Speaking to the media after the police prevented them from presenting their petition to the EC, Minority Leader Haruna Iddrisu said they will also boycott all appearances of the EC in parliament.