Timothy Ataaya: Why Professor Opoku Onyinah must resign from National Cathedral’s Board of Trustees 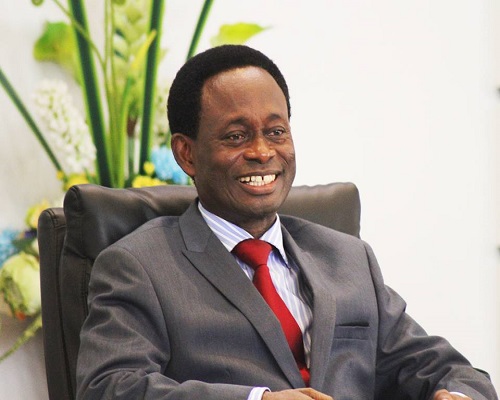 Just like other members of the Concerned Elders of the Church of Pentecost Ghana, I wish to express my disappointment over the involvement of our immediate past chairman, Professor Opoku Onyinah, in the controversial National Cathedral project, as he is currently the Chairman of the Board of Trustees.

The National Cathedral project, which came about as the fulfilment of a personal pledge by President Nana Addo Dankwa Akufo-Addo, is one of the most criticized projects in Ghana today, having been surrounded in a lot of alleged shady dealings, the unconstitutional and illegal use of public resources, and all kinds of controversies surrounding the project.

The president initially told Ghanaians that the project was not going to cost the taxpayer even a cedi, but what we see today is that a lot of public and private buildings have been pulled down at the expense of the taxpayer. Also, state resources are being allegedly illegally and dubiously channelled into this project in these excruciatingly hard times, with people being paid with the taxpayer’s money for no work done on this project, among many others.

There are numerous places in Ghana where we can converge to seek the face of God so why still insist on carrying out this project even at a time the economy is critically seeking life support from the IMF? At a time when Ghanaian children are still studying under trees, some having to lie on their stomachs to learn in school, and with no textbooks, and even schools without chalks for teaching, not to even talk about computers? We are also in a period where SHSs across the country have no food to feed our children, our health insurance is almost collapsed, hospitals are without beds and it is the very time the president wants to build a cathedral? Are we serious as a country?

The Church of Pentecost recently handed over a prison facility to the state, and even though it is part of our social responsibility, this is first the primary responsibility of the government. At the time, the current Chairman of the church, Prophet Opoku Onyinah, did not envisage the need for a national cathedral.

It has therefore become necessary to call for the resignation of Professor Opoku Onyinah, who is the Chairman of the Board of Trustees of the National Cathedral, as his continuous involvement ridicules the Church of Pentecost.

The author, Timothy Ataaya is the Convener of the Concerned Elders of the Church of Pentecost, Ghana.