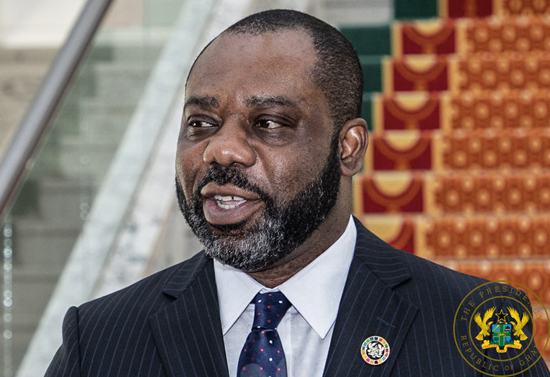 Press Secretary to the Minister for Education Rodney Nkrumah Boateng has criticised Mahama for claiming that the NDC will immediately abolish the Double Track System in Senior High Schools.

John Mahama in outdooring his running mate to religious leaders in Accra on Wednesday said he will cancel the double track system when voted into power.

In an interview with Citi FM Rodney Nkrumah Boateng said abolishing double-track has been on the table all this while and it's part of the plan of government's flagship Free SHS.

He also said the community day schools built by Mahama does not guarantee that students will subscribe to it.

"Idea is to take off the double-track but to work in a manner such that the schools will have the various infrastructure as you ease off, so when the former President said he will abolish double track is the exact thing we have been saying. What we have to remember is that you cannot compulsorily place students in any school in the system, that is not how it works, students go to schools they have chosen.

The interesting thing is that of the schools that have been completed there are some of them particularly those in far places that have zero subscription even though there are on the choice file of the students. So the fact that you have completed a community school does not mean that student will flood that school."

The first badge of the Free SHS initiative implemented by the government is writing their exits exams. There have been some couple issues faced by the examination.

Some students have been protesting the difficulty of the examination leading to them rioting and vandalising school properties.

The Ghana Education Service, GES sacked some of them and bar the students, from writing the ongoing WASSCE but a directive from the president forced them to review the sanctions to allow them to write their final exams.