Chereponi clashes : Let's fight poverty not each other - Bawumia 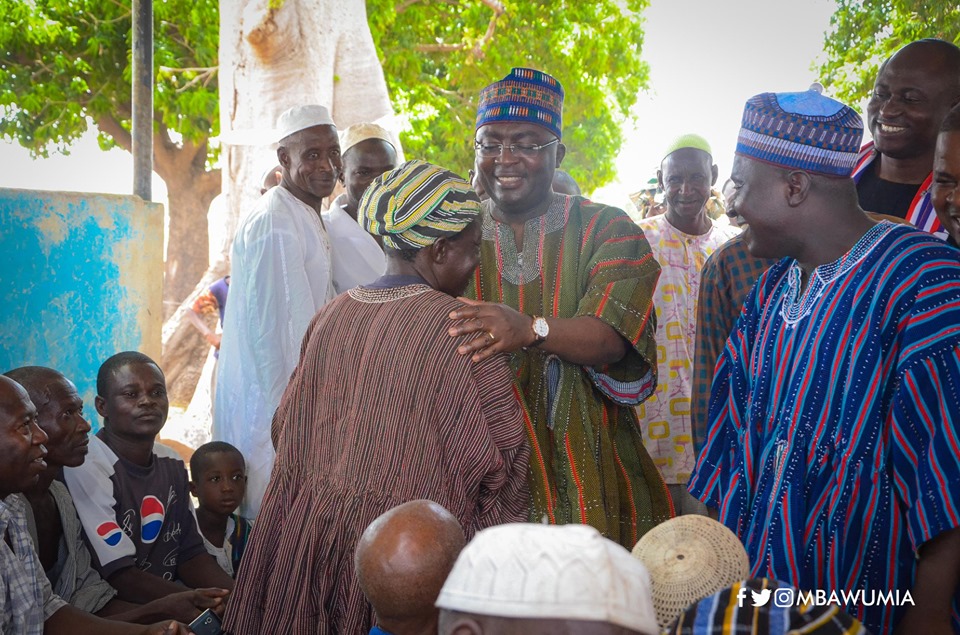 Chereponi clashes : Let's fight poverty not each other - Bawumia
Shares

Ghana's Vice President Dr Mahamudu Bawumia has asked the people of Chereponi in the North East Region to give peace a chance and live in harmony with each other.

Police have confirmed the death of one person following renewed clashes between Chokosis and Konkombas around Chereponi and Saboba.

A number of people also sustained various degrees of injury.

The Vice President, who was in the Upper East Region as part of his nationwide Ramadan Tour, urged the feuding factions to look beyond parochial interests and work together to bring lasting peace to the area.

“Ghana is big enough for all of us. Let us respect each other, let us work together and let us beat poverty together.”

Vice President Bawumia had earlier performed the Zuhr prayers at Tempane and Asr prayers at Garu as part of the latest leg of his nationwide Ramadan Tour. He urged Muslims to jealously guard the peace Ghana enjoys, especially the peaceful co-existence between persons of different faiths.

Ghana, he emphasised, is large enough to hold persons of differing faiths, and urged all to contribute their quota to nation building.

No space for conflict, violence; end it now

President Akufo-Addo has also called on the chiefs and people of Chereponi to bring to an end the incidents of conflict and violence that have plagued the town.

According to President Akufo-Addo, “the Ghana that we are trying to build does not have space for conflict and violence. The seizure of lands by Konkombas and Anufors, we should try and stop those things. People have been farming for years, they know who farms on what land. We should try and bring those kinds of incidents to a conclusion. I am appealing through you for peace. Let peace remain here.”

He stressed that “there are lots of opportunities in Ghana now, but these opportunities will not be there if we continue all these unnecessary conflicts.”