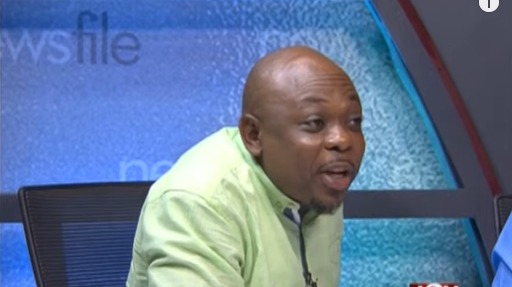 The Minority in Parliament is kicking against the COVID-19 Trust Fund set up to finance the fight against the deadly disease in Ghana.

There have been donations to the Trust Fund already with President Akufo-Addo and Vice President Mahamudu Bawumia taking the lead.

Today Ministers and Presidential appointees also donated 50% of their 3 months salary to the fund.

Ranking member of Parliament's Defence and Interior Committee, James Algalga says Parliament passed the NADMO Act which established a disaster fund but has not been operationalised since 2016.

READ ALSO: Ministers, other presidential appointees donate 50% of their salaries to COVID-19 Fund

He says the government should rather use this fund to fight COVID-19 and not forming an entirely new fund.

He says the Minority will kick against it when it comes to Parliament.

"When I pondered over the issue critically, I felt that this exercise of setting up a COVID-19 fund was unnecessary in the first place, you are all aware I had the chance to file a question and directed the Minister for the Interior to appear before the House and appraise us of the status of the disaster fund set up under the NADMO Act in 2016, the Minister came and fumbled because the fund has not been operationalised, the fund is set up for issues like this, so instead of setting up a new fund which is a duplicate and unnecessary why not use the old one. Why worry Parliament with another fund when one has not been operationalized."

The Fund which is to assist in the welfare of the needy and the vulnerable as the country battles the COVID-19 pandemic was announced by President Nana Akufo-Addo in his address to the nation on March 27, 2020.

The Board of Trustees of the Fund is chaired by former Chief Justice, Sophia Akuffo.

The other members of the Board are Archbishop Justice Ofei Akrofi, Mr Jude Kofi Bucknor, Gifty Afenyi-Dadzie, Mrs Elsie Addo-Awadzie, Dr Ernest Ofori-Sarpong and Dr Tanko. Mr Collins Asare is the Secretary to the Board.