Mahama has a lot to offer Ghanaians - Ofosu Kwakye 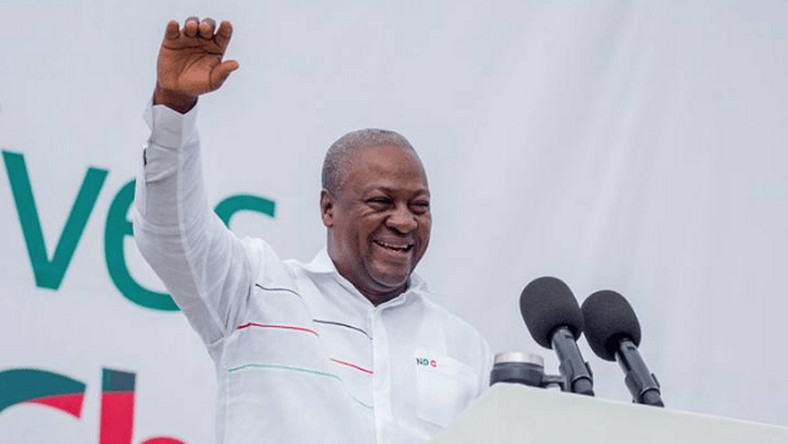 John Mahama has a lot to offer Ghanaians-Ofosu Kwakye
Shares

Former Deputy Minister of Communication under the regime of the NDC, Felix Ofosu Kwakye says the party’s presidential candidate, John Mahama is still visionary enough and has a lot to offer to the Ghanaians.

According to the former minister, who has hinted of plans to contest the Abora Asebu Kwamankese constituency seat in Central Region, Mr. Mahama ‘still has a lot to offer this country.’

In an interview with Citi News, Mr Kwakye said although the NDC was doing well during its tenure of office, the NPP used aggressive tactics to give Ghanaians a negative perception about the NDC which led to its loss in the 2016 general elections.

“The fact is that, [former] President Mahama still has a lot to offer this country. And it was obvious that we were on the right path except that somehow NPP was able to sweep to power with the help of some populist fervour which at the time was a bit difficult to push back on because of certain factors that prevailed. But with passage of time, it has become clear that [former] President Mahama had a consistent vision that he needed to finish but which was unfortunately truncated for the reasons that I have indicated.”

“Having gone out office and had the opportunity to do sober reflection over the period on his performance and the current situation that we find ourselves as a country, he feels compelled to throw his heart in the ring once again and step up to the plate to save the ship of state which the Nana Akufo-Addo and the NPP have decided to wreck. So he has a lot up his sleeve to offer the people of Ghana''.

Mr. Kwakye Ofosu further indicated that John Dramani Mahama will snatch power from the NPP should elections be held in the country now.

''Mahama will defeat Akufo-Addo if elections were held now''.

Mr. Kwakye Ofosu said :“looking at the track record of the two gentlemen [Mahama and Akufo-Addo] in terms of concrete measurable additions to Ghana’s development, Mahama is far ahead [of president Akufo-Addo]. In all truth and honesty, when the time comes for a decision to be made by Ghanaians, I’m very certain that based on what we will offer and our track record and the good things we’ve done which we have evidence to show, the NDC will be a better choice for the people of Ghana.”

Ghana's midfielder Daniel Amartey has been lauded for his all-action…