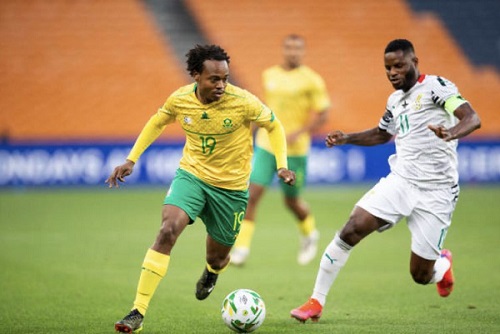 The Black Stars has booked qualification to next year's AFCON in Cameroon following their scoring draw game against South Africa on Thursday.

Ghana held the Bafana Bafana to a 1-1 draw at FNB Stadium in Johannesburg in the fifth round of the AFCON 2021 qualifiers.

The first half was all South Africa as they dominated the game but failed to find the back of the net.

They had an early chance in the fifth minute but the right-back Thapelo Morena fluffed his lines shooting the ball to the side net rather.

Razak Abalora came to Ghana's rescue in the 20th minute following a strike from Sifiso Hlanti that was going into the net after quick feet from Percy Tau.

The Bafana Bafana right-back Morena once again failed to put his side ahead shooting into the side of the net after a weighted pass Percy Tau on the 30th-minute mark.

It was a laboured performance from the Ghanaians in the opening 45 minutes whilst the South Africans wasted the big chances that came their way despite the dominance.

The second half saw more action from both sides but it was Ghana that broke the deadlock at the FNB Stadium.

Mohammed Kudus broke the virginity of the game four minutes into the second half against the run of play after bursting into the South Africa defence to put the ball beyond Ronwen Williams.

The goal is Kudus' second in the qualifiers with his first being against the same opponent in November 2019 at the Cape Coast stadium.

However, it didn't take long for the South Africans to restore parity.

They equalised 3 minutes after falling behind courtesy talisman Percy Tau after being sent on goal by Ruzaigh Gamildien.

Despite throwing caution to the wind in the dying embers of the game, Ghana stay resolute to pick a point from the encounter.

Ghana hosts Sao Tome and Principe at the Accra Sports Stadium on Sunday, March 28 at 4pm whilst Sudan take on South Africa same day in the final round of matches. 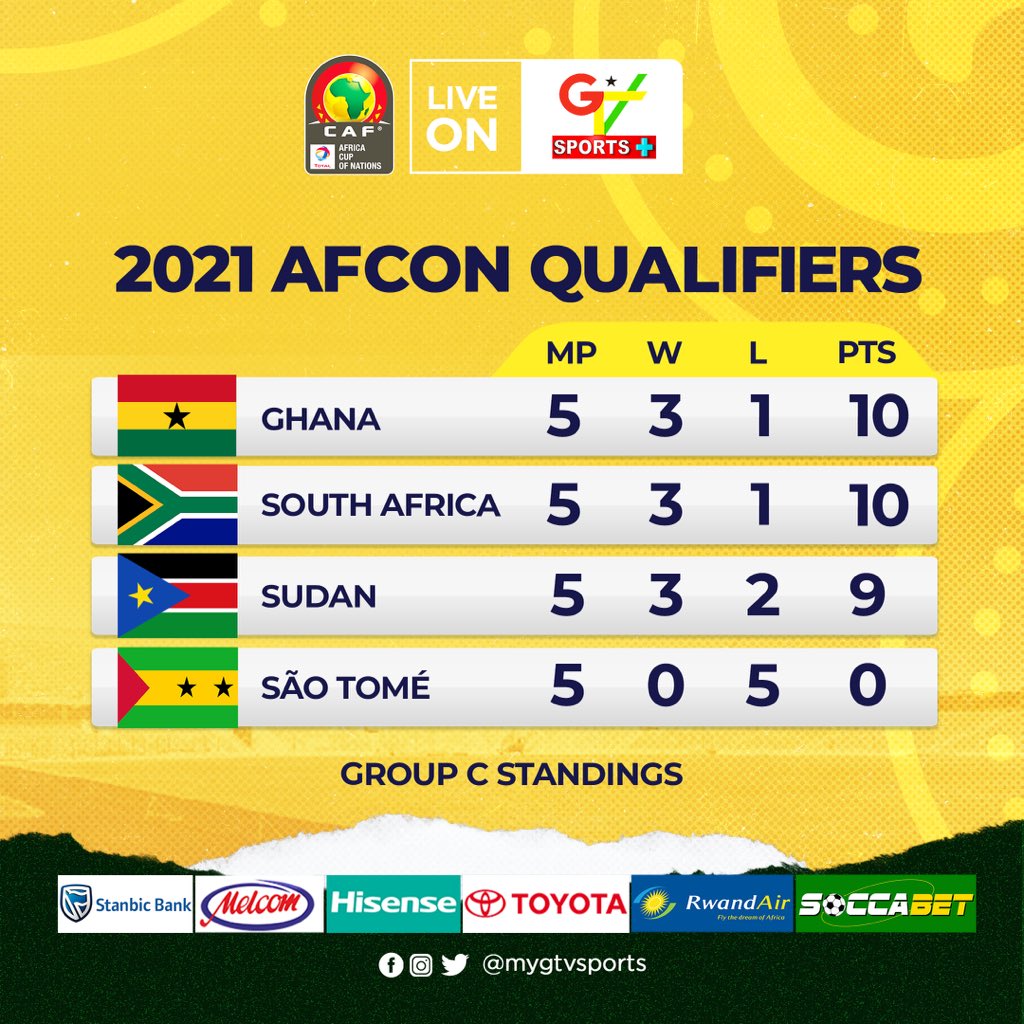