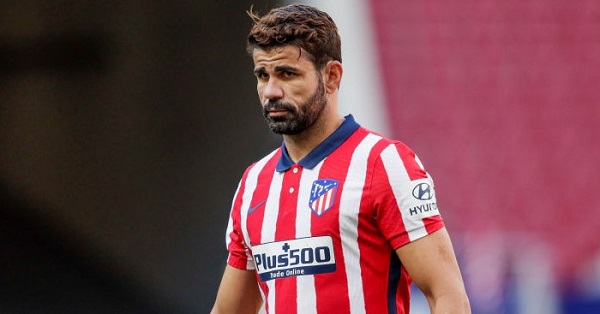 Atletico Madrid have reached a mutual agreement with Diego Costa to terminate the Spain international striker's stay at the club.

The former Chelsea forward's deal with the La Liga giants was set to expire in June 2021 but he has asked the club to end his stay prematurely due to personal reasons.

It means the 32-year-old will now be able to join a new club on a free transfer in the January transfer window.

"Atletico de Madrid and Diego Costa have reached an agreement for the termination of the forward's contract, which ended on June 30, 2021," an Atletico statement read on Tuesday.

"The Spanish-Brazilian player asked the club for his dismissal for personal reasons a few days ago and signed this Tuesday the termination of his contract, being released from our club.

"From the club, we thank him for his dedication during these years and we wish him good luck in the next stage of his professional career."

Diego Costa has had a tough time since returning to Atletico from Chelsea in 2018, with his appearances and productivity limited amid injuries.

The Spain international has made only seven appearances in La Liga this season, with two goals to his name.