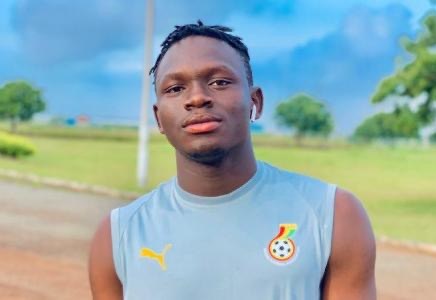 Bechem United striker Prince Adu Kwabena has been ruled out of the 2021 Total U-20 Africa Cup of Nations after picking up an injury on club duty.

The 19-year-old attacker who missed the WAFU Zone B championship in December 2020, has picked up a knee ligament injury, the club has confirmed.

Adu Kwabena was part of the 30-man provisional squad for the tournament and was expected to give coach Karim Zito options upfront.

In a related development, Israel based defender David Acquah has also been ruled out of the tournament after failing report to camp.

The 19-year-old Maccabi Haifa player was also named in the provisional list. The Black Satellites are paired in Group C with Tanzania, The Gambia and Morocco.