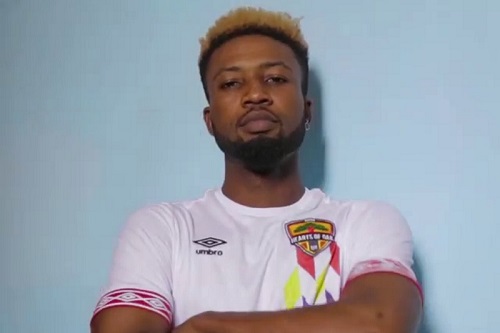 Bernard Arthur has handed in a transfer request toÂ Hearts of Oak to try and force through a move to regional rivals Great Olympics.

TheÂ forward has taken things into his own hands after he has been restricted to a bit-part role since joining the club.Â  According to Arthur, who joined the Phobians on a free transfer last year, a player of his quality deserves much playing hence his decision to hand in a transfer request.

"I feel I need to leave Hearts of Oak and have enough playing time elsewhere because I canâ€™t be playing 10-15 minutes, I think itâ€™s a disrespect".

"I'm a whole brand of myself who people look up to in the coastal areas and Dansoman.

Speaking on the purported Great Olympics move, the former Liberty Professionals forward who netted 10 goals in 24 appearances during the 2016/17Â  Ghana Premier League season averred that the switch is near completion. The 22-year old further noted that he will help the Wonder Club stay in the league when it joins.

"I will help them escape relegation, it is something I have done before and Iâ€™m confident in achieving that goal"