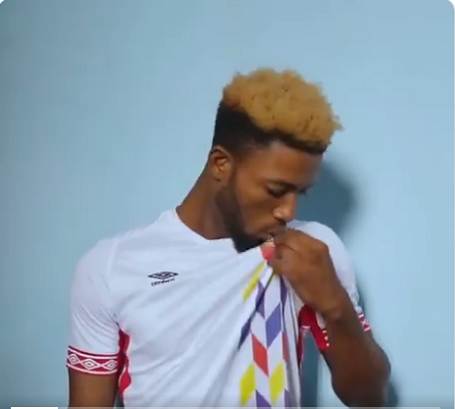 Accra Hearts of Oak have completed the signing goal poacher Bernard Arthur ahead of the 2019/20 season.

The 22-year-old joins the Rainbow Club on a free transfer after ending his stay with Algerian top-flight side AS Aïn M'lila.

Arthur has been drafted in to boost the Phobians upfront as they continued preparations for the possible return of the local league next month.

A club statement read: "We are delighted to announce the signing of striker Bernard Arthur. The former Ghana youth international has signed a long term contract with our club."

He had a stint with Tanzanian giants Azam FC before leaving to join the Algeria Ligue Professionnelle 1 club last year.