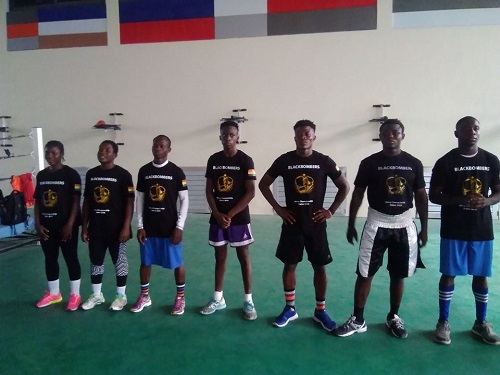 All five members of the Black Bombers who reached the semi-finals stage of the 2020 Olympic Games Qualifiers in Dakar, Senegal failed to make it to the finals of the competition.

Dr. Sathoud missed the direct qualification when she lost 0-5 to Gramane Rady Adosinda of Mozambique in the middleweight division, whilst new sensational featherweight boxer, 19-year-old Samuel Tackie lost 1-4 to Mulenga Everisto from Zambia.

Jessie Lartey lost 0-5 to another Zambian, Stephen Zimba in the welterweight division, while Sulemanu Tetteh, the Captain also missed the finals by losing 0-5 to Fliss Mohammed of Algeria in the flyweight division.

Shakul Samed could not make it to final as he was beaten by Egyptian, Salah Orsbi 2-3 in the Light Heavyweight division.

Meanwhile, Tetteh, Takyi Samed and Lartey would be presented with another opportunity to qualify by vying for a place in the losersâ€™ round-up.

The world road which is another opportunity to qualify comes up in Paris, France in May.