Black Princesses arrive in Costa Rica ahead of World Cup 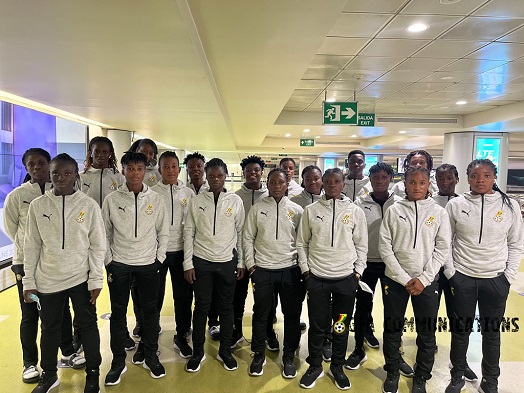 Ben Fokuo’s ladies are expected to hold their first training session in Costa Rica later in the day.

Black Princesses will play their final friendly this week before their first game against the United States on Thursday, August 11, 2022.

They were defeated 4-0 in their last friendly against France, but coach Fokuo is confident that they will have a good time in Costa Rica.

“After the France game, we had recovery training and the girls are responding to treatment and picking up gradually after the loss against France,” Fokuo told ghanafa.org.

“The tempo of the game with France was totally different from what we expected but now we have seen the problems and with training sessions we had, you can see that the players are picking up quickly and making sure they get their strength to the level of the competition.”

“We will train hard and make sure our strength and fitness level is at the level we want,” he added.

Three days after their first game, they will face Japan, and on August 17, they will conclude their group stage campaign against the Netherlands.

Ghana will attempt to advance from the group stage for the first time, after failing in their previous five appearances.