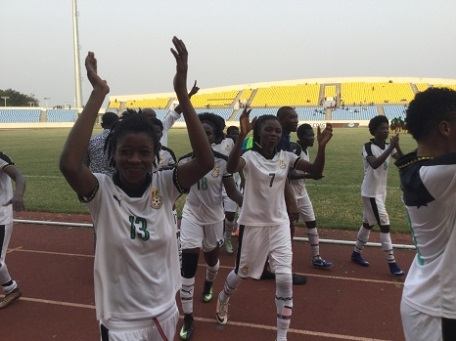 Ghana's female U20 team the Black Princesses will resume camping soon as they will participate in the Women's u20 World Cup in France after Ghana's delegation met with officials of FIFA last Friday in Zurich.

The meeting was to discuss ways to restructure Ghana Football and held with the continuation of football in the country as the country is currently in crisis after the Anas expose that showed the rot in our game.

When FIFA invited Ghanaâ€™s delegation to Zurich, it stated that two members of the Ghana FA, Alex Asante and Kweku Eyiah, needed to be present to discuss issues relating to the U-20 Womenâ€™s World Cup.

The government then FIFA that due to the injunction placed on the FA, it's members could not perform any official duty.

But, according to the July 2 edition of the Graphic Sports, FIFA insisted on the presence of the FA officials and thus, Alex Asante, was there in his capacity as the Deputy General Secretary in charge of International Competitions.

He was joined by the FAâ€™s Technical Director, Oti Akenteng, and these two were able to register Ghana for the competition under a special dispensation since Ghana had already missed the original deadline for the registration of teams.

The Women's U-20 World Cup is scheduled to take place in France from August 4-25.