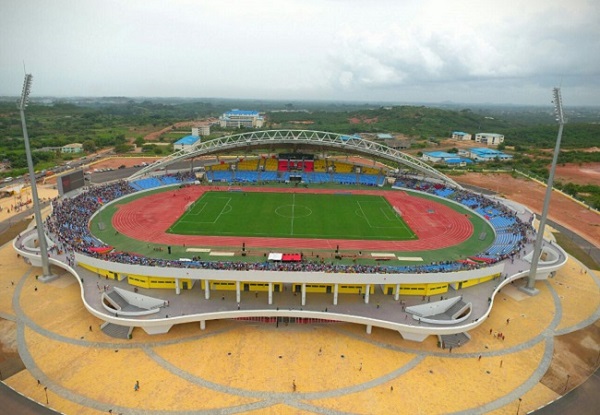 The Cape Coast Stadium has been approved by the Confederation of African Football – CAF to host Ghana’s AFCON 2023 qualifiers following the rejection of the Baba Yara Sports Stadium.

The Black Stars will return to Cape Coast in June for the opening game of the African Cup of Nations qualifiers against Madagascar. And the venue will also host games against the Central Africa Republic and Angola.

CAF rejected Ghana’s proposal to continue the use of the Baba Yara Sports stadium after it was used for the World Cup playoff against Nigeria, following the poor state of the Cape Coast stadium.

However, upon meeting a CAF deadline of April 25, the continent’s football governing body agreed for the use of Cape Coast for Ghana’s home games.

The Black Stars will begin their AFCON qualifiers on June 1st against Madagascar, before travelling to CAR for their second match in Group E.

The Black Stars will be hoping to make a return to the Africa Cup of Nations after a poor campaign in Cameroon early this year.