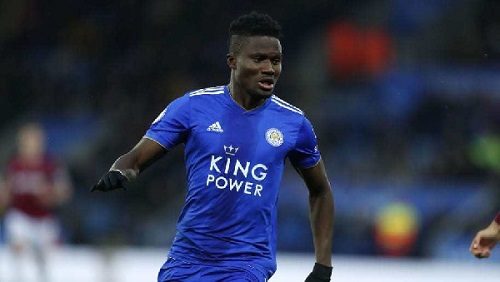 Leceister City defender Daniel Amartey is set to part ways with the club, his agent Yusif Chibsah has revealed.

The defender has struggled to get minutes on the pitch since his return from injury before the Premier League went on the break.

The Ghanaian international in 2018 suffered a horror injury during the club’s 1-1 draw with West Ham.

Amartey broke his ankle following an innocuous challenge with Michail Antonio which ruled him out for the rest of season.

Despite making full recovery prior to the start of the Premier League season manager  Brendan Rodgers has not looked his way in terms of minutes on the pitch.

Speaking in a radio interview, his representative has disclosed that the 25-year-old will be leaving the Foxes this summer.

“We are looking to find new opportunities for Amartey," Chibsah told Starr FM. “He’s been out of favour from the new gaffer so we will see how best we can solve that issue.

“Amartey is still with the Foxes but he has not been getting more playing time due to the fact that he got injured. After his injury, they consider him as surplus so there should be a way out."

Growing up as a kid came with all sorts of experiences, all diverse and…