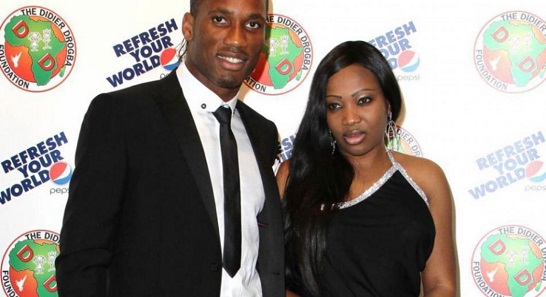 Didier Drogba and his wife Llla Drogba have split, the ex-striker has confirmed
Shares

Didier Drogba has revealed his ten-year marriage is over after appearing in an intimate video in bed with a mystery woman.

Former Ivory Coast striker Drogba has previously maintained a discreet private life as he tried to shield his loved ones from the limelight.

But he has been forced into making a statement confirming his relationship with Lalla was over after saucy images of him and an unknown woman set tongues wagging.

The photos and clips soon went viral on social media and they showed the bare-chested Blues idol in bed with a nearly-naked young woman.

In the film, which a representative claimed had been hacked, she playfully sinks her teeth into Drogba's shoulder as he screams in pain.

He then speaks to her in French about being bitten, and appears to say: “She's positive! She'll infect me by biting me!”

That sparked headlines in his native West African homeland.

And it prompted him to break his silence and admit he and Mali-born Lalla have gone their separate ways.

Drogba wrote on Instagram: “I'm not in the habit of discussing my private life.

“But, because of speculation in the media today, I can confirm that sadly, after 20 years together, Lalla and I took the difficult decision to separate last year.

“We remain very close, and our main priorities have been to protect our children and our family's private life.

“May God bless you.” 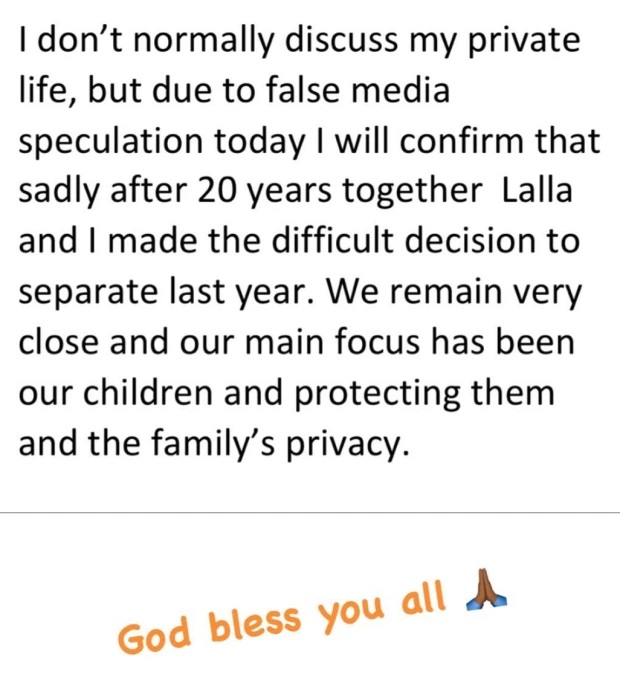 Drogba enjoyed two spells at Chelsea, first arriving at Stamford Bridge under Jose Mourinho in 2004 and embarking on an epic eight-year spell in the capital.

He returned in 2014 for a year-long stint and helped to take his tally to 104 goals in 254 top-flight matches for the club.

Drogba also won a host honours at Stamford Bridge, including four Premier League titles and the Champions League in 2012.