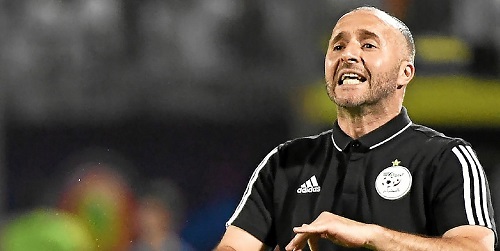 Djamel Belmadi has announced he is stepping down from his role as lead trainer of the Desert Foxes with immediate effect.

The 46-year old who took over as coach of the team in 2018 made the announcement on Tuesday evening after his side lost by 1-2 to Cameroon, amounting to failure to qualify for the 2022 FIFA World Cup in Qatar.

The reign of the 2019 AFCON winning coach and CAF coach of the year comes to an end in a quite unfortunate manner.

Algeria must find a new man to pilot the affairs of their senior national team going forward.

Belmadi led Algeria in 48 games, won 31, drew 13 and accepted defeat in four one of which is tonight’s shocker which is his country’s first defeat in Blida.

Algeria is expected to name a new coach in the coming days before 2023 AFCON qualifiers begin in June.