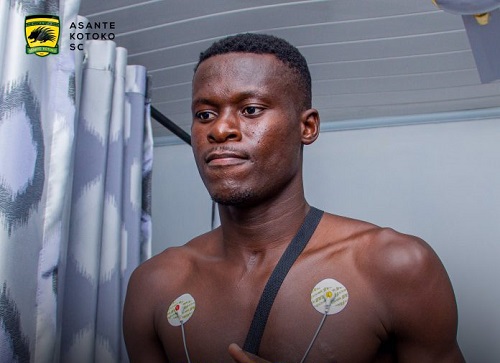 Dreams Football Club has sent an official complaint to the Ghana Football Association (GFA) to investigate further allegations of influence-peddling made against unnamed officials of the club.

This comes after Bofoakwa Tano board chairman and former member of the Black Stars management committee, Yaw Boateng Gyan, made an allegation against Dreams FC.

He claimed that newly signed Asante Kotoko defender Andrews Appau was dropped from the Ghana U-20 camp after he refused to sign for the ''StillBelieve'' which is owned by GFA president Kurt Okraku.

According to the former NDC National Organiser, the defender was being pursued by several clubs including Dreams FC but his club Bofoakwa Tano decided to sell him to Kotoko.

Speaking on Accra-based Angel FM, Gyan disclosed that a management member of the Black Satellites called the player to issue a threat that if the player doesn’t sign for Dreams FC, he will lose his place in the national team and the threat has indeed become a reality after the player joined the Porcupine Warriors.

He further claimed that the conversation between the player and the management member will be traced and the tape presented as evidence to the GFA soon.

But Dreams FC has released a statement stating their happiness over the said matter. In the statement they made it know that they take the allegation very serious and has thus reported the club and its chairman to the GFA.

The Dawu based club insisted that they will take any means necessary to redeem its tainted image by the allegation. 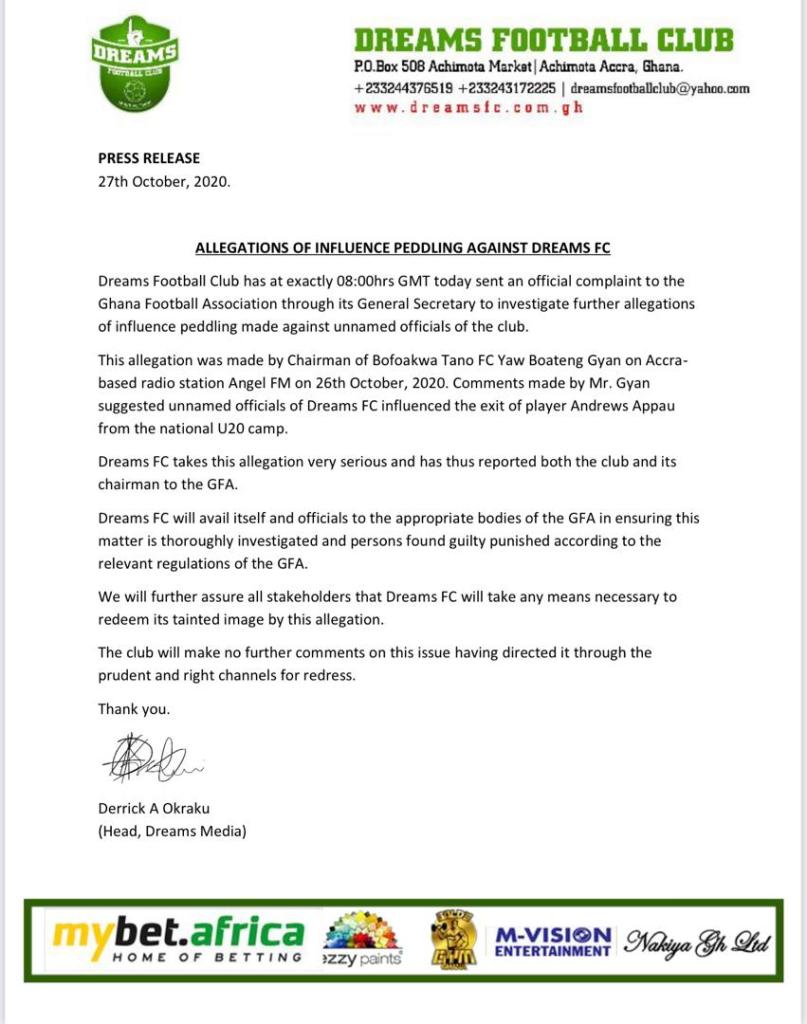