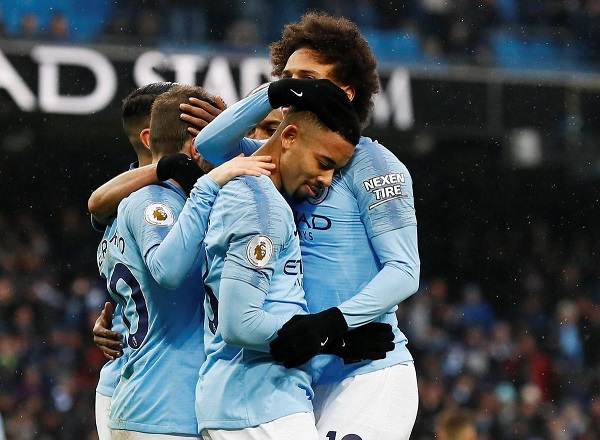 Gabriel Jesus netted twice to help Manchester City leapfrog Liverpool to the top of the Premier League table with a 3-1 victory over Everton at Etihad Stadium.


Everton started on the front foot and threatened in the early stages of the game but the Brazilian, Jesus put the hosts in front in the 22nd minute after being found by Leroy Sane's through ball. 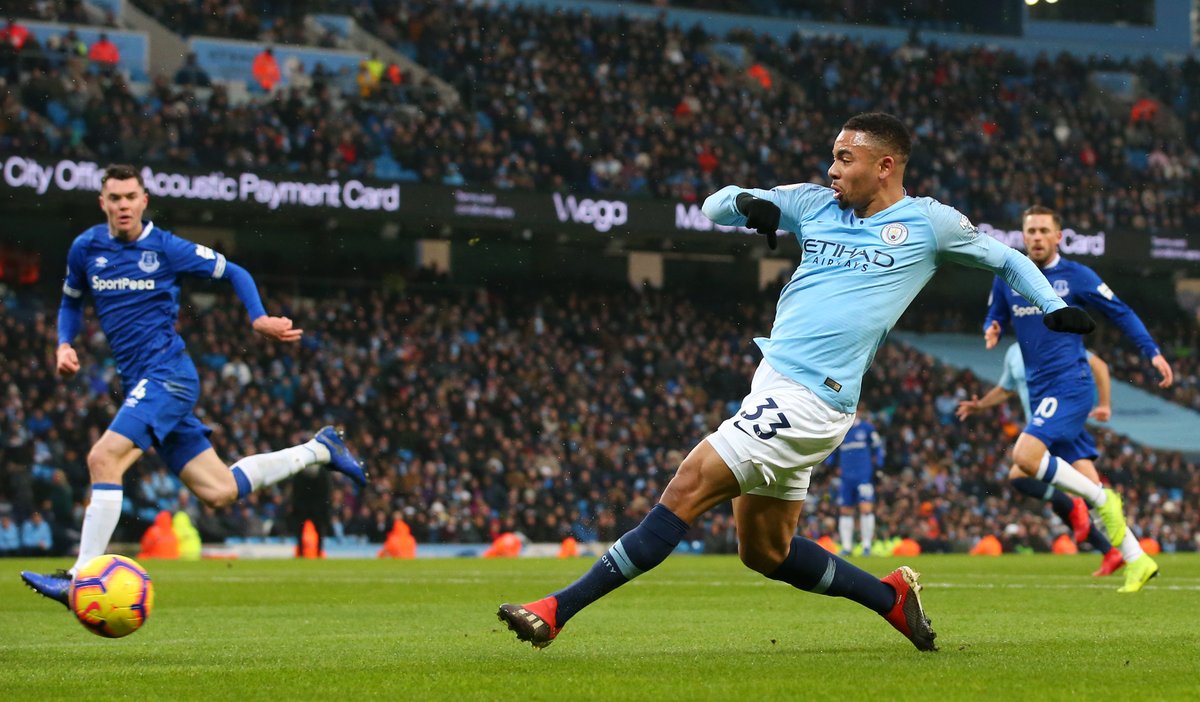 Richarlison came close to restore parity but the Brazilian volleyed Lucas Digne's cross over the bar from seven yards.

Read also:Manchester City will not be banned - Pep Guardiola Jesus taught Everton how to put chances away with a thunderous header from a pinpoint Sane cross to double the lead of the citizens.

Dominic Calvert-Lewin pulled a goal back for the visitors with a 65th-minute header but just four minutes later substitute Raheem Sterling, who was left unmarked in the six-yard box headed home from Fernandinho's cross 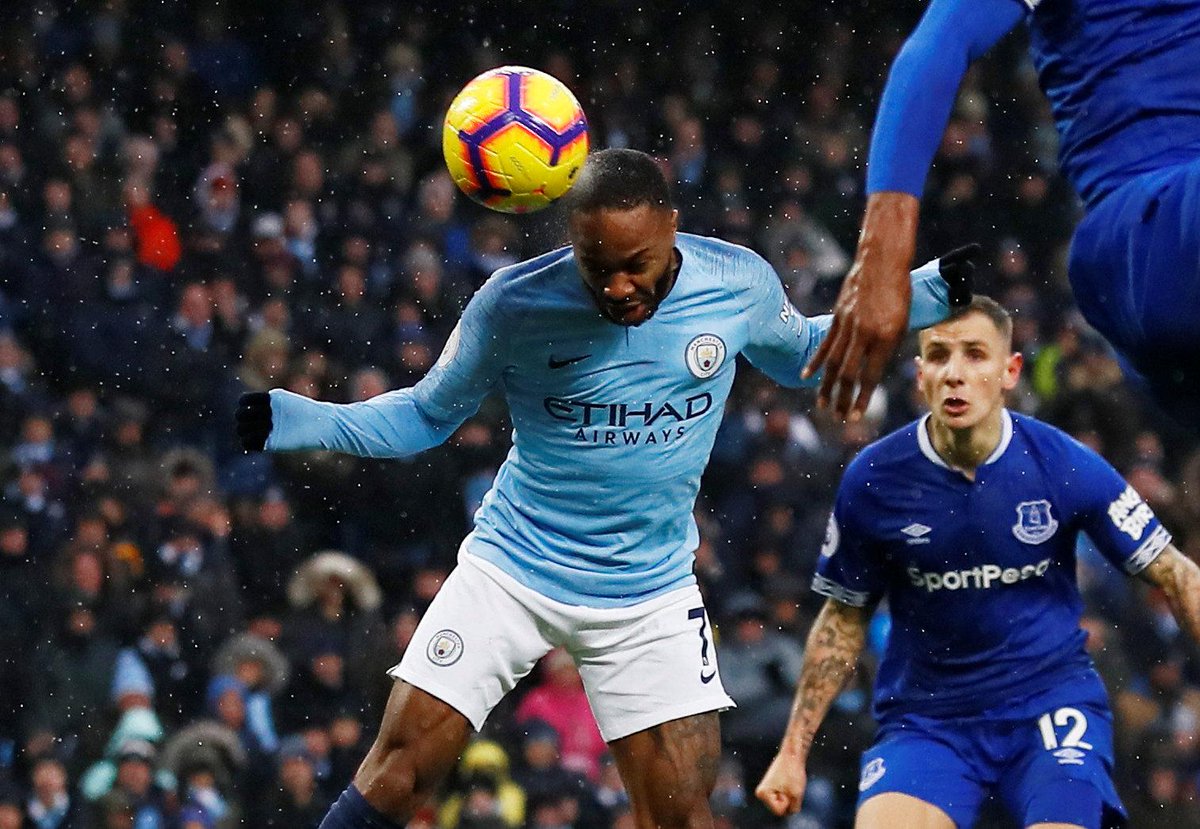 Kevin de Bruyne returned from his knee injury as he replaced Mahrez in the 75th minute to make his first appearance since 1 November.

The win takes City two points clear of Liverpool, who will return to the top of the table if they beat Manchester United at Anfield on Sunday.