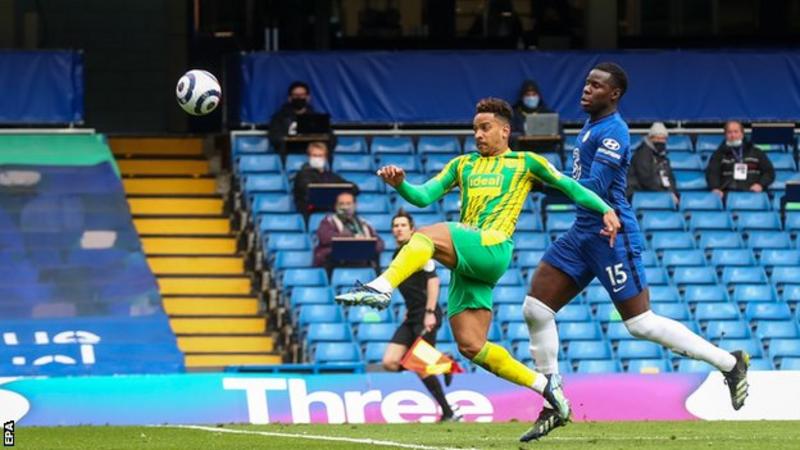 The Baggies were as brilliant as the Blues, who had Thiago Silva sent off in the 29th minute, were abject.

The result moves the 19th-placed side to within seven points of 17th-placed Newcastle, and even if they do not manage the improbable and escape relegation, they will look back on this day with great pride.

Sam Allardyce's men were outstanding on the counter-attack and each of their goals was of high quality.

Chelsea took an undeserved lead in the 27th minute when Christian Pulisic followed up after Marcos Alonso's free-kick came off the post. However, two minutes later Chelsea's day started to take a turn for the worse when Thiago was shown a second yellow for a rash challenge on Okay Yokuslu.

That was followed by a horror show in first-half stoppage time as Pereira took centre stage. The Brazilian's first effort was a cute finish over Edouard Mendy before he finished off a gorgeous move with a low strike between three defenders. In between those goals, Matt Phillips produced a strike that came off the woodwork.

West Brom then went for the jugular as substitute Robinson made it 3-1 with a sensational side-foot volley before Mbaye Diagne finished off a sweet move with an even sweeter strike.

England midfielder Mason Mount, brought on at half-time, tapped in to reduce the deficit but the Baggies resisted other Chelsea threats before Robinson capped off a great day for the visitors with a clipped finish.