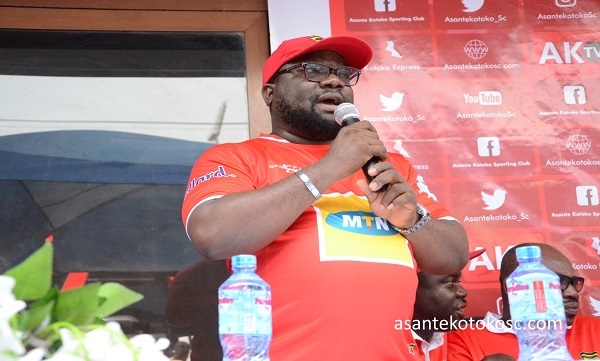 Amo Sarpong was handed six months ban by the GFA disciplinary committee from all football-related activities following his involvement in the shooting incident in Berekum in the NC Special Competition in May.

He pleaded not guilty as charged by DC. But admitted in his testimony that he exercised wrong judgement when he announced publicly that he was calling for police reinforcement by picking his phone and placing a call to the Regional Police Commander.

Having finished serving the stadium ban, Sarpong took to social media to acknowledge all those who supported him during the tough times, stated that he is happy to make a return to football to support his beloved club.

"To God be the Glory... Expect me at the stadium for any Asante Kotoko game... The ban preventing me from attending matches & competitions is over. May God richly bless all my well wishers, sympathisers, loved ones and those who supported me with prayers during those period." 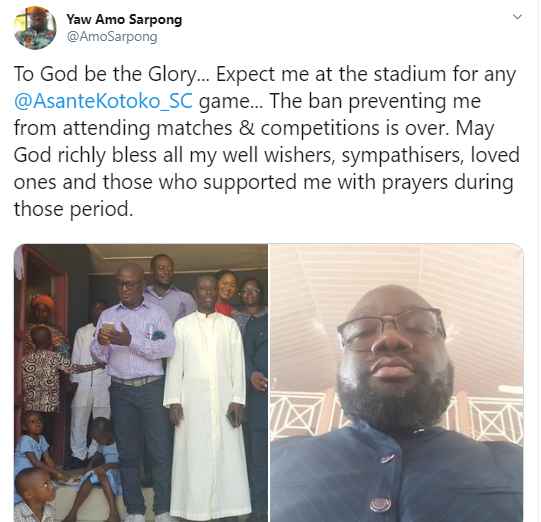