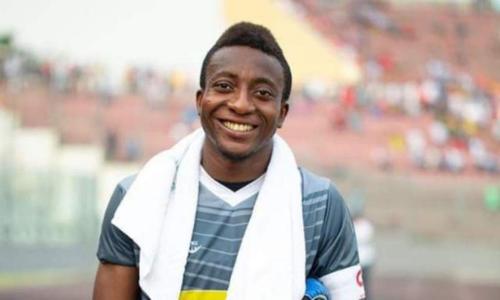 Felix Annan has disclosed that he wants to win the Confederation of African Football (CAF) Champions League with Asante Kotoko.

The 25-year-old was part of the Kotoko squad that reached the group stages of the CAF Confederations Cup last season.

The club got booted out of the competition by Tunisian giants Esperance Sportive de Tunis. Speaking to in an interview with Kumasi FM the shot-stopper who doubles as the captain of the club, said he dreams of winning Africa's elite club competition title with the Porcupines.

According to him, he wants to leave a legacy at the Kumasi based club.

“I also want to leave a legacy and one day I will be remembered, after all I did my best and I gave my best for the club”, he added.

Following their setback in the competition last time around, Felix Annan's Asante Kotoko have another opportunity to make amends in the 2020/21 CAF Champions League.

This comes after the Ghana Football Association gave the Reds the green light to represent the country in Africa after the 2019/20Ghana Premier League was cancelled.