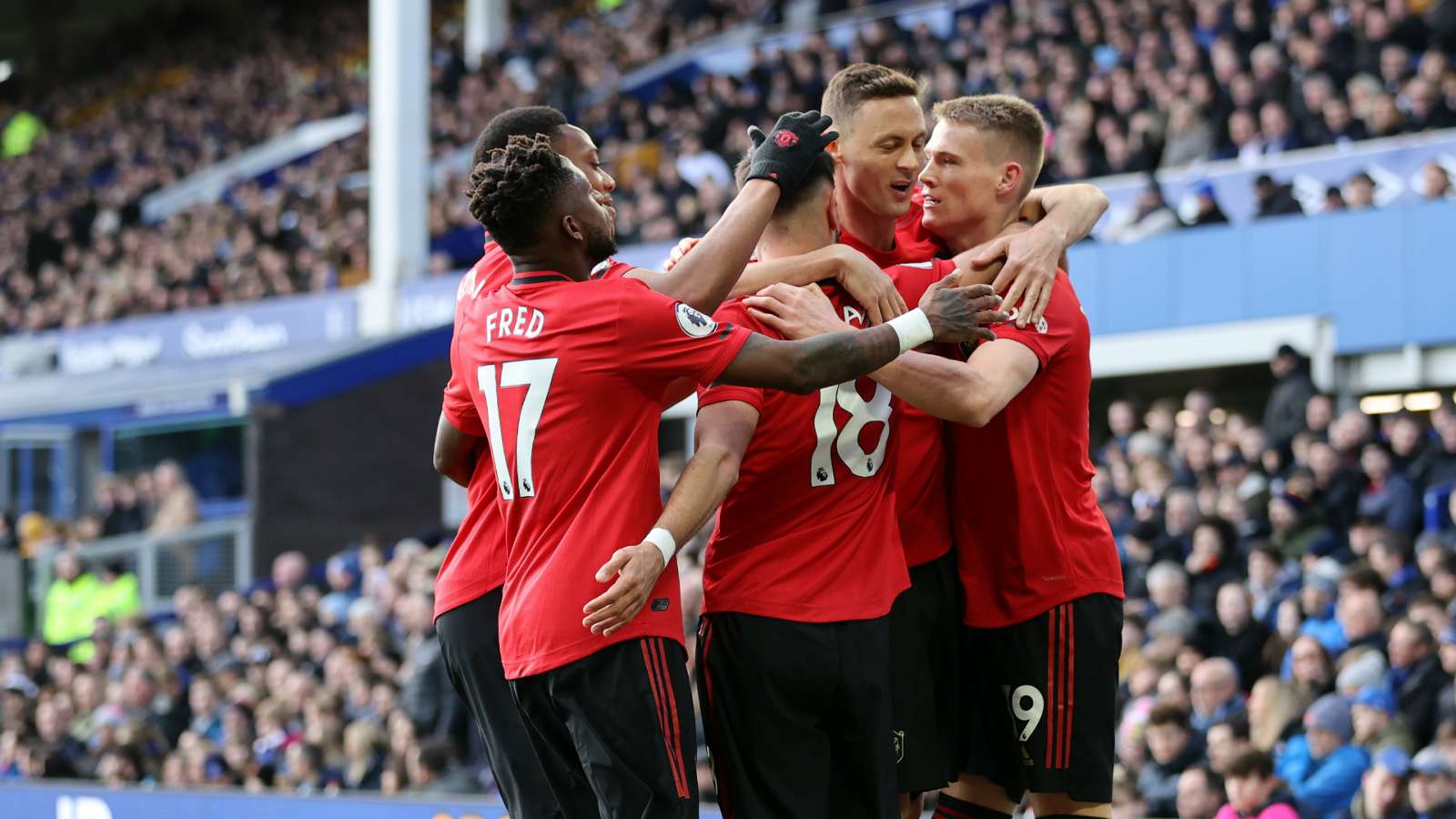 Bruno Fernandes was at his best as he aided Manchester United to earn a point against Everton on Sunday.

The Portuguese scored his third goal of the season since his switch from Sporting CP as Man United played a 1-1 draw with Everton at the Goodison Park.Â

In a game of goalkeeping errors, Everton got into the lead in the 3rd minute following a clanger by goalkeeper David De Gea. The Spaniard hit a ball straight atÂ Dominic Calvert-Lewin which went into the net to give the Toffees an early advantage.

He redeemed himself by getting down to deny Calvert-Lewin from doubling his side's lead.Â

Man United weren't down spirited by the goal though as they kept probing for the equaliser. They nearly restored parity with a shot from the edge of the box, butÂ Nemanja Matic effort came off the woodwork.

The equaliser finally came in the half-hour mark when Fred fed Bruno Fernades who unleashed a fierce drive past Jordan Pickford to level the scores. A goal the goalkeeper could have done better.

Everton exerted their dominance after the break and the crossbar denied them from going ahead from the second time in the game following Sigurdsson strike from a dead ball situation in the 56th minute.

Jordan PickfordÂ produced a double reflect save in the dying embers of the game to deny Man United from running away with the maximum points.

The game did not end without a drama as Everton's injury-time goal was disallowedÂ following a VAR review.

Over in North London, Wolves staged a comeback to beat Tottenham 3-2 at their own back yard. Raul Jimenez scored the winner as Wolves recovered to move above Tottenham in the Premier League and boost their hopes of earning a Champions League spot.

Nuno Espirito Santo's side trailed twice in north London before Jimenez latched on to Diogo Jota's pass to finish with his left foot.