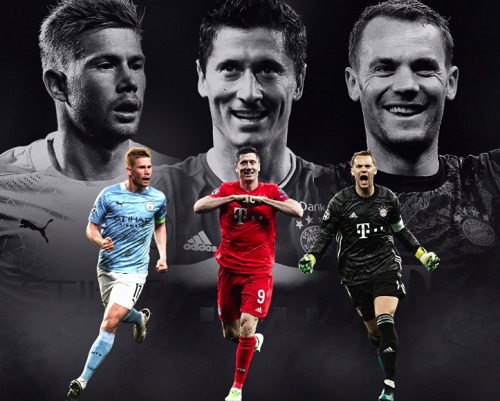 UEFA have announced winners of the 2019/20 awards held in Geneva, Switerzland.

Bayern Munich were the big winners as four of their personnel bagged awards on the day.

The Bavarians striker Robert Lewandowski was crowned 2019/20 UEFA Men’s Player of the Year, Manuel Neuer, Joshua Kimmich and Hans-Dieter Flick all won big on the night.

They had an exceptional year as they won the Bundesliga, DFB Pokal and Champions League.

Goalkeeper of the Season: Manuel Neuer

Defender of the Season: Joshua Kimmich

Forward of the Season: Robert Lewandowski

Player of the Year: Robert Lewandowski