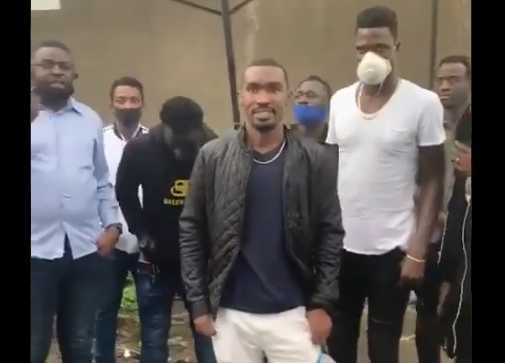 Some Ghanaians footballers who are stranded in Ethiopia are expected to be evacuated in the coming days, the Ghana Football Association President Kurt Okraku has confirmed.

According to him, his outfit in dialogue with the Sports Minister Isaac Kwame Asiamiah to bring home the stranded Ghanaian footballers.

“I have just taken notice of a video of some Ghanaian footballers who seem to be stranded in Ethiopia.. I’m in contact with Hon. Issac Kwame Asiamah (Sports Minister) who has directed that, contact be made with the boys and the Ghana Embassy in Ethiopia…..”

“All hands on deck at the moment to offer every support to our brothers…..

On Tuesday afternoon a video went viral of over twenty-two [22] Ghanaian players including World Cup star Lee Addy, who are stranded in Ethiopia for almost three months following the closure of Ghana’s borders in March as a measure to curb the importation of the deadly COVID-19.

According to the players, all attempts to return home have failed and are calling for government’s intervention to get them back home.