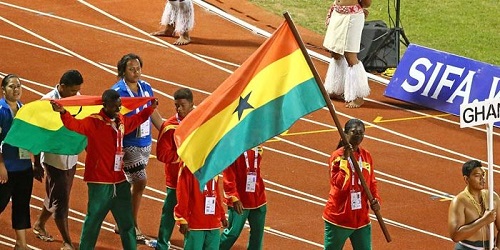 President of the Ghana Olympic Committee (GOC) Ben Nunoo-Mensah believes the upcoming elections in December will do little to slow down Ghana's preparations ahead of the 2023 African Games.

With the Covid-19 setback among other things, the nation faces a race against time to complete the required infrastructure to host the games in 3 years time.

But Nunoo-Mensah believes preparations will go on smoothly without much political influence.

"I think that on the project team that is working with the Ministry, there are quite a number of people who are not in politics and whoever takes over the Ministry after the elections, I think we should be able to follow through with the plans and programs that have been put in place by the current Minister (Isaac Asiamah)," he told Citi Sports.

"What I'm seeing is that there would not be a lot of activities from now till December because most of the decision people their focus would be more on their elections than putting up a stadium to get the athletes ready."

"But that's expected and I'm hoping that one's we get the elections through we can quickly accelerate things and make sure we are ready for the rest of Africa."

Also, Minister of Youth and Sports, Isaac Asiamah has hinted that Ghana would be ready to host the rest of Africa in 2023.

He said “Notwithstanding the negative effect of COVID-19 on the global sporting programmes, I am happy to announce that, Ghana’s preparation to host and organize the 2023 African Games is on course.

“So far, there has not been any indication of postponement of the games. Nonetheless, the 2023 African Games Project Team, led by my hard-working and industrious Deputy Minister of Youth and Sports, Assidu Perry Okudzeto, is leaving no stone unturned to ensure that Ghana organizes and hosts a memorable African Games, come 2023″.

Meanwhile, National Democratic Congress (NDC) flagbearer John Mahama has vowed that his regime will ensure the hosting of a colourful event when the rest of Africa troops to the country when given the nod.

"We will ensure the successful hosting and organisation of the 13th African Games to be hosted in September 2023."

The 2023 Games will involve 20 plus sporting disciplines, 50 plus participating nations and 7,000 plus athletes/technical persons and 2 co-host cities - Accra & Kumasi.