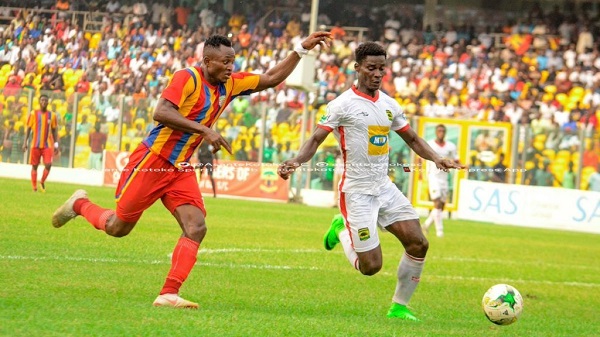 Black Stars 'B' assistant coach Godwin Attram wants the Ghana Football Association to take a cue from the restart of the German Bundesliga and resume theirs.

All football competitions in Ghana has been suspended since March as the nation battles the Covid-19 pandemic.

This was due to the ban placed on all social gatherings which include stadia, mosques, churches to help prevent the further spread of the novel virus which has brought the entire world to a standstill.

This move by the President Akufo-Addo automatically halted the 2019/20 Ghana football season which was halfway into completion.

Elsewhere, Germany over the weekend became the first European country to restart the League (Bundesliga) after getting the green light from Chancellor Angela Merkel following the German Football League presenting a number of safety protocols to her.

And this Attram wants the GFA to take a cue from and resume their league if the need be.

"The Ghana Premier League was going on very well, fans were going to the stadium like it used to be before. I've been watching most of the matches because of the scouting of players for the national team with my head coach Ibrahim Tanko," told Joy FM.

"Each and every game I am at the Stadium, the league was good, it was really back. For 2years we've not played football, the league started and almost half of the season COVID-19 came in."

Attram believes if the league has resumed elsewhere despite the Covid-19 outbreak in that country then the football in Ghana must come back.

However, he also called on the GFA to present a good case for the government to lift the ban on football.

"No matter what it is I think the GFA needs to put some measures on grounds to the government because it is the government whether football bounces back or not.

But if GFA put up good measures that people will be safe then why not, unless you are not a football must."